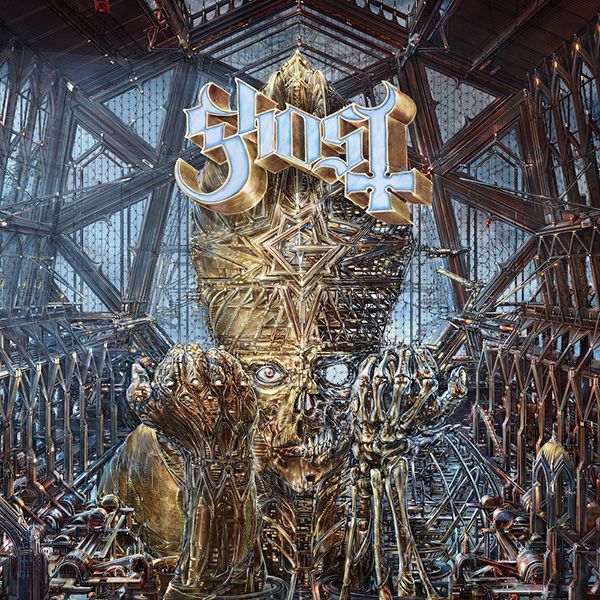 Swedish metal band GHOST has released a masterful new album titled “Impera” in 2022, and while I have never honestly been interested in any of their previous efforts, I found myself becoming more and more intrigued by them recently (and not just because of the group’s cool satanic garb), so when I finally gave the band my undivided attention and dove deep into checking out their new music, let’s say that I was pleasantly surprised by what I heard. Clocking in at just over forty-six minutes in length, “Impera” offers the listener twelve brilliantly crafted arena rock tunes. Produced by Klas Ahlund, the impeccably engineered record kicks off with the thrilling “Imperium”, “Kaisarion” and fantastic “Spillways”, followed by the sensational “Call Me Little Sunshine”. The next song is just as slamming. It’s titled “Hunter’s Moon” and is featured on the soundtrack for the motion picture “Halloween Kills.” However, my favorite song on the entire album, without a doubt, is the mind blowing “Watcher In The Sky.” A haunting sounding instrumental named “Dominion” next keeps the momentum moving forward nicely, and the following song “Twenties” has a cool Alice Cooper vibe to it. A jamming guitar solo shreds the latter cut. Vocalist Papa Emeritus IV and a Group of Nameless Ghouls deliver probably the best power ballad you will hear this year in the form of “Darkness At The Heart Of My Love.” The album concludes with the totally rocking ‘Griftwood”, “Bite of Passage” and “Respite on the Spitalfields.” I am giving this album a perfect five out of five stars review because it consistently delivers at a high level, musically and lyrically.