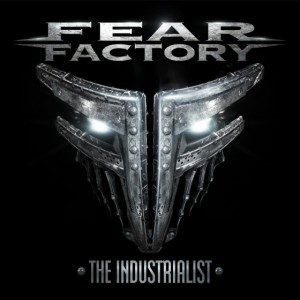 American industrial metal act FEAR FACTORY return in 2012 with more brutal tunes for the devoted via their latest collection of face killers entitled The Industrialist. After the dust settled when Raymond Herrera & Christian Olde Wolbers departed the lineup and original lead guitarist Dino Cazares returned to record 2010’s epic Mechanize with old pal, vocalist Burton C Bell, it was clear that FF was finally back on track. This reviewer has been a longtime fan and expects nothing but high level production and writing on this collection of songs. Can they still keep that incredible new momentum going or have they run their course?

There are also other automatons appearing throughout the story, which weaves in and out of the trademark riffing of Cazares and Bell’s throat searing vocals. Fulber on keyboard adds the perfect chaotic atmosphere. No drummer was used on the album, with the band instead opting for programmed drums with help from John Sankey of Devolved and the bass guitar is supplied by Cazares as well. My personal favorite tracks are “The Industrialist”, “Recharger” and “Depraved Mind Murder”. While the album is not as heavy as the last one, the overall result I feel still puts FEAR FACTORY amongst the most important bands of metal today. 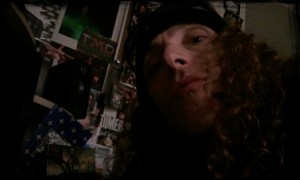