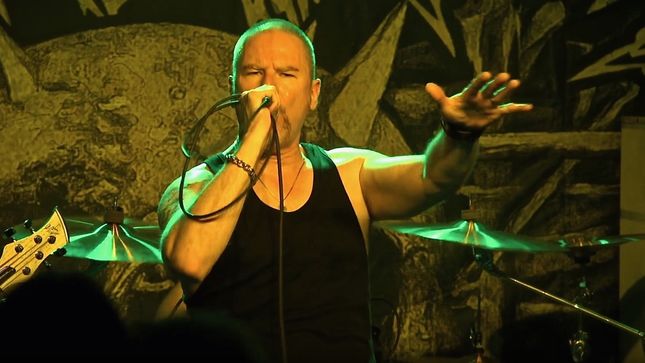 New Orleans, Louisiana thrash groove act EXHORDER have returned in 2019 with a new studio effort entitled “Mourn The Southern Skies,” and without a doubt, this is the best heavy metal album of the year. This is the first record the band has released in 27 years, since 1992’s “The Law.”

The production is on the mark and vocalist Kyle Thomas sounds just as mean as he always did, while guitarists Vinnie LaBella and Marzi Montazeri provide plenty of killer riffs for him to sing over. The mayhem erupts with track one, “My Time”, followed by the absolutely explosive “Asunder,” itself alone a brutal masterpiece. Next your ears will be raped by “Hallowed Sounds” and “Beware The Wolf,” pummeling you into total submission. The awesome momentum does not slow down at all. “Yesterday’s Bones”, “All She Wrote” and “Rumination” slam you in the head next.

The album concludes with “The Arms of Man” and the title track, leaving the listener salivating and wanting more.

The Arms of Man