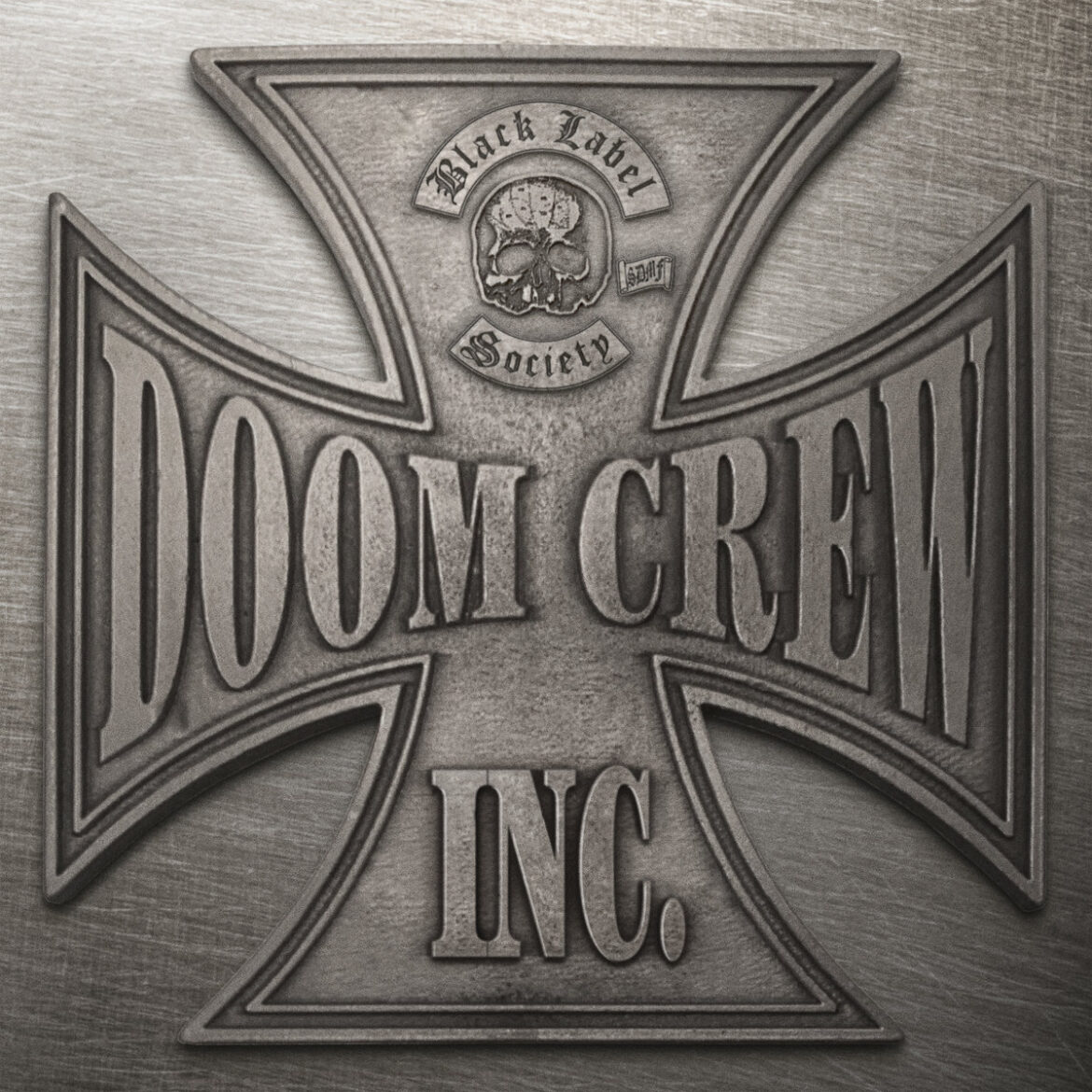 Legendary OZZY lead guitarist Zakk Wylde has definitely made his own impressive statement with his BLACK LABEL SOCIETY band over the years. Let’s face it, the big fella has never let the most diehard fanatics of metal music down. With his trademark wailing battle cry vocals laid over his meaty blues-inspired riffs, this new blistering studio offering titled “Doom Crew Inc.” by BLS in 2021, released during a time of ultimate chaos in the world, is undoubtedly another gem notched in the belt of an incredible music career for the bearded one.

The current lineup for BLS is religiously good. It includes Mr. Wylde alongside guitarist Dario Lorina, bassist John “J.D.” Deservio and drummer Jeff Fabb. This record was cut again at Zakk’s famed Black Vatican studio, which makes it the fourth album the band has recorded at his home. As the story goes, Lorina was allowed to have more input on the writing for the record. Kicking it all off, the first track titled “Set You Free” starts with a gentle acoustic opening, soon launching into a classic-sounding heavy riff from Wylde. The one thing that strikes me the hardest is how much better Zakk’s lead vocals sound. His singing gets better and better as each year passes, in my opinion. The guitar solo the big guy cranks out on this track is simply unholy. There are very few guitar players who can shred as fast as this man can. Up next “Destroy & Conquer” tears you a new asshole with its jamming guitars and crazy good lyrics. The cut changes into a more mid-tempo groove that has a sick Black Sabbath vibe for sure.

Next up is the spirited “You Made Me Want To Live”, which features easily the best guitar solo of the year by Zakk Wylde, and is followed by the totally mellow cut “Forever And A Day”, ultimately, however, things get back to Wylde slamming his heavy guitar sound down on the stellar jams “End Of Days” and “Ruins”, “Fear what you don’t understand,” Wylde sings on the latter. The awesome momentum continues on the next set of rockers, “Forsaken”, which is one my favorites, and “Love Reign Down.” The album concludes with the beyond amazing “Gospel Of Lies”, “Shelter Me” and “Gather All My Sins.” Any fan of hard rock or heavy metal music will want to add this masterpiece to their collection.