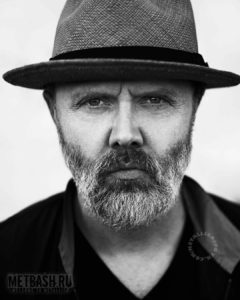 Lars Ulrich is Lady Gaga’s rock n roll pimp. And why should that concern you or anyone? I don’t know, do you want your daughter to grow up with self esteem problems because the only way it seems a female can be accepted nowadays is to shake your ass like a stripper while dressed up as a wannabe biker chick, fronting a way past its prime metal band that now all dress like 50 year old hipsters?

I don’t know about the rest of y’all, but those kind of antics… in my humble opinion – are the furthest thing from being metal… or rock n roll for that matter. It screams: ‘WE ARE ADDICTED TO FAME NO MATTER THE PRICE!’ It’s clearly ‘Objectification of a Woman’ to grow your fanbase. Any further collaboration between the two can go either of two ways, slightly better than the first ‘mic fail’ incident or even worse. Guess what? Both scenarios spell d-o-o-m.

Look, I get it. Lars and Co. want to make a $hitload of money. Reaching a larger audience buys him a bigger yacht. Who doesn’t want more in life? But that don’t make it right, man. Maybe Gaga herself, a brilliant, gutsy performer simply can’t see it due to the fact her world right now must be dizzying… she is after all the biggest music star in the world. She is the only person to ever sell 100 million albums in a 3 year period. However, in my opinion, she is clearly being used by the Master of Puppets and look what he did to Lou Reed. 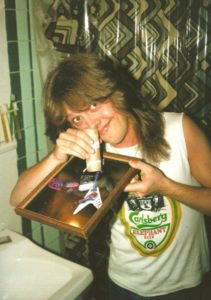 (Don’t Try This At Home)

That music legend dropped dead not long after collaborating with Lars and the Funky Bunch. Sure he was old… but I can’t help but think that the brutally negative feedback from ‘Lulu’ is what helped send him to the grave early. And so in the long run, all of this talk of doing more music together could come back to haunt both her and the Four Horseman. Don’t believe me? We all know how quick people in the general population can turn on someone. Ask President Trump about that? Remember he grabs the pussy, right? How has that been working out for him so far? Yes, he got in the White House but right now he is one of the most hated men on planet earth. And has Lars taken any time out to read some of the pissed off comments left by fans on the articles I’ve written lately? Many of which address the very issue my rant targets: Objectification of Women. 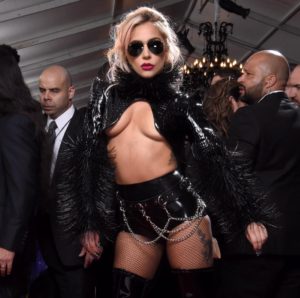 identity
[ahy-den-ti-tee]
Noun, Plural
The condition of being oneself or itself, and not another.

Don’t forget brand idenity is everything. No matter how big you get. No matter how much money you accumulate. At the end of the day, if you lose your identity… and stray from the path your fans orginally found you on… it’s game over.

But I digress, let me get back to the matter of ‘Objectification of Women’, for which I clearly find Lars Ulrich, the leader of the band, guilty of by collaborating with Gaga in such a ridiculous manner. She was used as a ‘sexual prop’ during the Grammy performance, dressed like a ‘dominatrix’, instructed by her ‘master’ to have the robotic-gyrating pop star “Get closer” to show their ‘hot’ chemistry that simply doesn’t exist. Guess what? To me, the whole damn thing was creepy. It looked like a bunch of old pervs surrounded by a young Hollywood prostitute swinging her hips around desperate for approval.. or a hundred bucks. Keep in mind, Lars is old enough to be Gaga’s father. 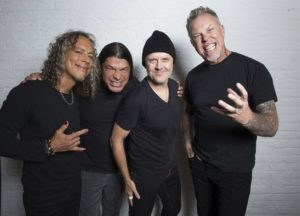 And perhaps the ‘mic fail’ was indeed staged to allow a more intimate duet between Hetfield and Gaga to take place. Maybe… just maybe, Hetfield yelling and throwing his guitar after the song was all a part of the act too. Male dominance must be asserted, right? Hetfield reminded everyone who the king of the jungle is. And do they really think he was angrier than millions of fans who wanted to kick their foot through the TV set that night like I did? My money says Cliff Burton, who lost his life for this group three decades ago, would not be happy with the out of this world joke this once great band has now turned into. 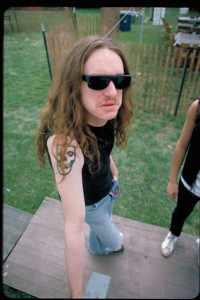 Sure, my recent April Fools hoax article that fooled so many people was fake. But there is a strong chance that Lady Gaga will sing songs with METALLICA again one day, maybe even create an entire collection of original songs, whatever the hell they call it. I sure hope everyone is prepared for the immediate mutiny that this Hall of Fame act could experience if things go any worse than they already have.