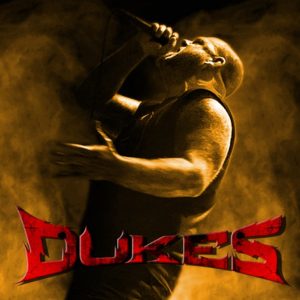 Check out “My Whole Life” HERE.

The EP is available on iTunes, Spotify, Google Play, and other streaming services.

Dukes has stated in interviews that punk rock was his gateway into music: “I liked punk and hardcore, I really could identify with their angst and attitude and it wasn’t complicated music like metal was, three chords and scream…I can do that”. He also plays guitar, claiming that he was “mediocre” but “having fun” at first, with Randy Rhoads as a huge influence, although it took him a month to learn Rhoads’ acoustic piece “Dee” from Ozzy’s Blizzard of Ozz album. On his beginnings as a singer, Dukes says: “I found out I could sing sitting in my room with an acoustic. I liked Maiden and Priest but could never sing that well, then I found Metallica, Megadeth, Exodus, S.O.D., Anthrax, Misfits and thought, “I can sing like that.”