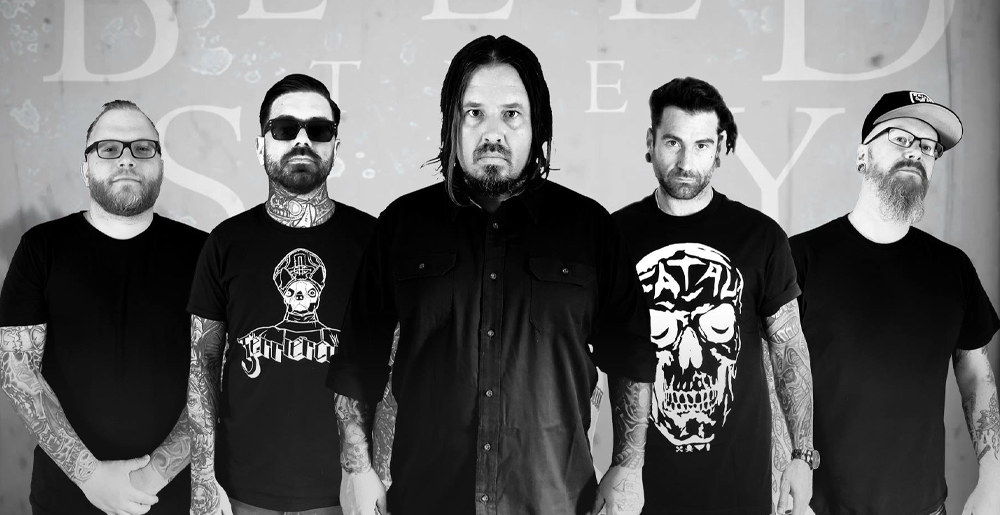 American metalcore act, BLEED THE SKY, fell off the heavy metal music map twelve years ago, and frankly, many fans like myself pretty much lost all hope of them returning until this 2020 comeback release dropped entitled “This Way Lies Madness.”

The band’s third full-length album is released via Art Is War Records and kicks off with the scorching track “Tongue Louse” – a pulverizing ear blaster, no doubt. Next the listener is brought deeper into their darkened world with the cut “Carnage (Join Me In The Fire). “I don’t give a fuck when it comes down to it,” screams vocalist Noah Robinson. Guitarist Kevin Garcia co-produced this record along with Ben Schigel (Chimaira/Drowning Pool), and the production level is definitely on point. The album’s best track, in my opinion, titled “Serpent”, totally slays you next with its absolutely brutal and dense sound, drummer Austin D’Amond lights up his kit like it’s been rigged with explosives.

The onslaught continues with the next punishing tracks “Quiet Here”, “Membrane”, and “Ghost”, never losing any of its attitude or bombastic delivery, concluding with the stunning “Age of the Basilisk”, “Carrion Bather and the record’s title track “This Way Lies Madness”. I pray that they don’t take another twelve years to release a full length because this long awaited offering is straight up fire.

7. Age of the Basilisk