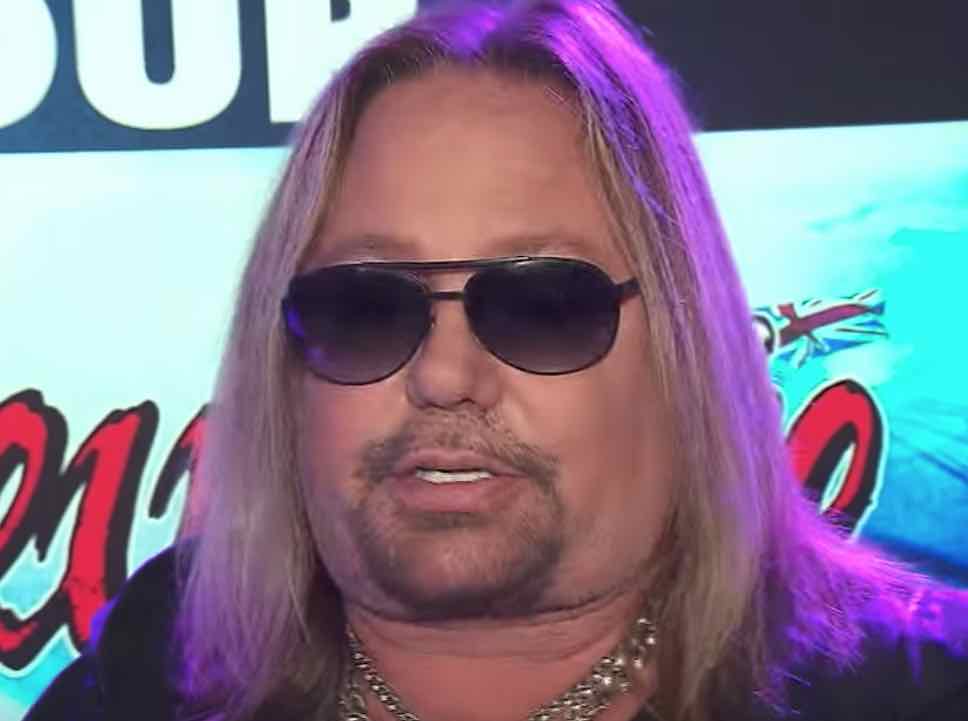 As the story goes, a police report asserts that the singer motioned for more guitar volume while playing, then crossed the stage to kick the soundboard and punch Talbert in the face, causing him to fall to the floor and pass out. Talbert, 44, was hospitalized with a concussion.

In 2001, Neil’s then-wife, Playboy Playmate Heidi Mark, filed for divorce, citing alcohol abuse and violent tendencies. Heidi claims Vince punched her so hard once that it popped her breast implant and caused her to need surgery.

The following year, the singer was arrested for beating a record producer outside a Los Angeles club, and was made to pay damages and perform 100 hours of community service.

In 2003, Neil was arrested for beating a prostitute in a Nevada brothel, and was sentenced earlier this year to a thirty-day suspended jail term, $1,000 fine and an anger-management course. A civil lawsuit from the victim asked for $20,000 in damages.

In 2010, Neil, who has just declared his sobriety one week before, was arrested on drunken driving charges after getting pulled over by police in his Lamborghini near the Las Vegas Strip.

The Crue’s singer was taken into custody about 11:15 p.m. Sunday when he was stopped in the black sports car after leaving the Las Vegas Hilton hotel.

In 2016, Vince Neil and actor Nicolas Cage got into a brawl outside the Aria Hotel on the Las Vegas strip during the afternoon, Officer Laura Meltzer of the Las Vegas Metropolitan Police Department told The Huffington Post.

Officer Meltzer said the department received a call at 5:24 pm from the Aria hotel regarding a female that had allegedly been battered by Neil. The fight occurred after Neil grabbed the woman by the hair and pulled her to the ground after she approached Nicolas Cage for an autograph.

Ozzy Osbourne told Vince Neil to go to rehab? You know it must have been bad.

Let’s not forget Vince Neil killed Razzle of Hanoi Rocks and severely injured 2 more innocent people in a 1984 drunk driving crash that he only served 15 days for in jail.

Maybe being fat and out of shape is the least of Vince’s problems, because it seems his biggest demons right now are his inability to put down the bottle and keep his hands off of innocent women.

What do YOU think?

Check out the latest Vince Neil news… can YOU handle the TRUTH?