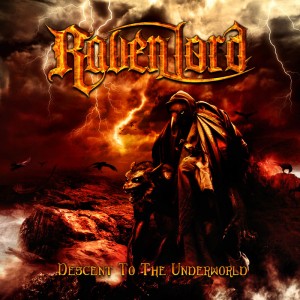 RAVEN LORD’s debut album, “Descent To The Underworld,” will be released on February 1st, 2013 in Europe and February 12th, 2013 in North America via Mausoleum Records.

The CD was mixed by acclaimed Swedish producer Fredrik Nordström and was mastered by U.S. mastering engineer Maor Appelbaum. The cover artwork was created by Brazilian artist Caio Caldas of CadiesArt, who has previously worked with Doro, Seven Kingdoms, Dominanza, and others.