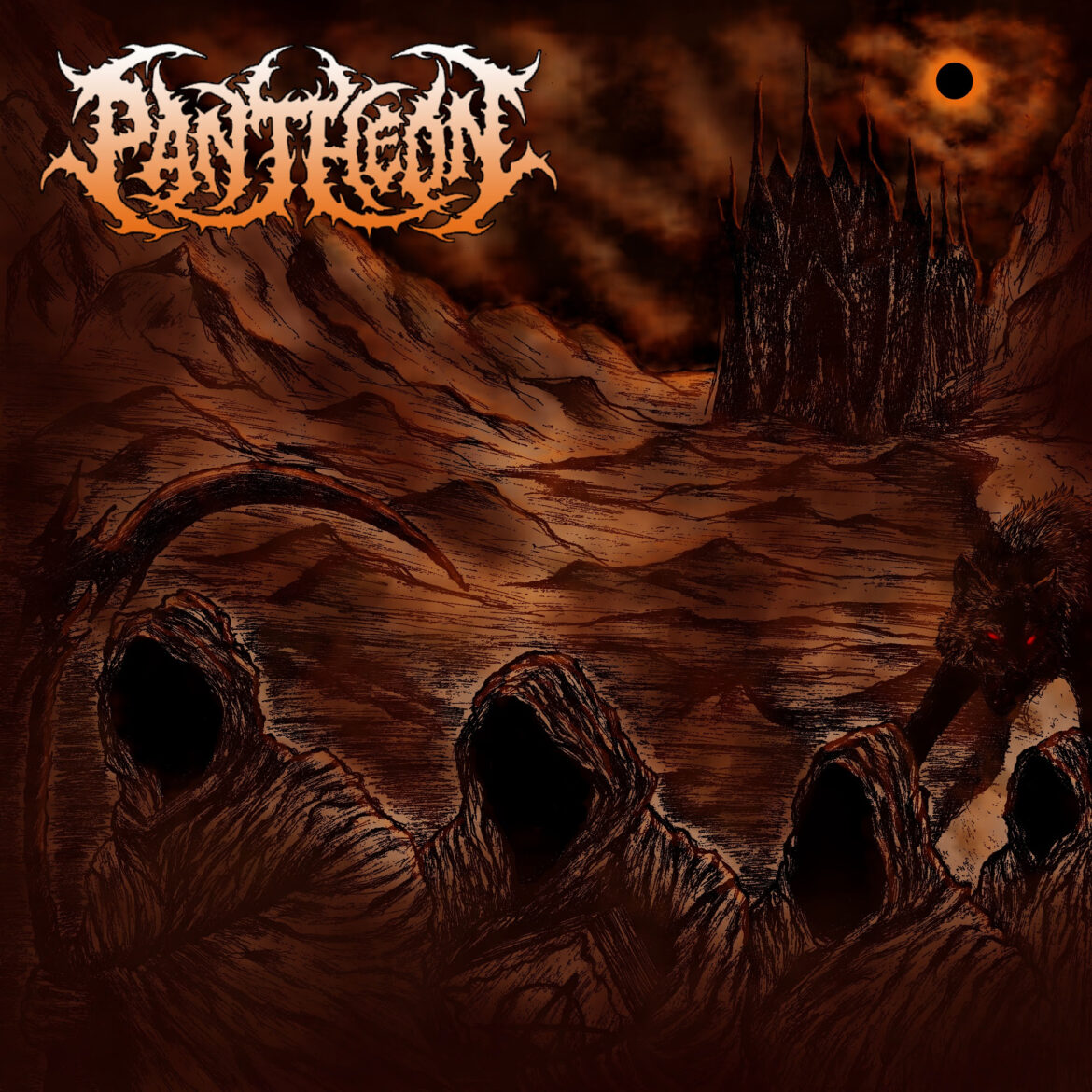 Playing old-school blackened death thrash metal with groove elements, Arkansas’ Pantheon is preparing to take on new metal fans beyond their American shores, with the release of the vinyl edition of their first full-length  “Age of Wolves” for Europe via Dutch label Doc Records and for South America via Brazilian label Old Shadows Records. The vinyl will also be available in North America via Necrotic Records, in which the band originally unleashed the debut album digitally and on CD during July 2020. The vinyl will also feature two exclusive bonus tracks “Arcane Oath” and the band’s cover of Black Sabbath’s “Hand of Doom”.

In lead up to the vinyl’s release on May 27th, the band is sharing a new lyric video for the album’s title track, which can be heard at the following link: https://youtu.be/Ug9mOV9z_0Q

The band adds about the vinyl:
“Age of Wolves is an intricate merging of heavier, mid-paced poundage with the older, fast-paced death/thrash character. Its old school styles will feel familiar and nostalgic to veteran metal fans, but does it in such a way that it feels new and fresh.”

A throwback to the glory days of death metal to simply headbang and enjoy, “Age of Wolves” is a high-energy, brutal, dual guitar and vocal assault. For fans of Dissection, Carcass, At The Gates, Dying Fetus, Pantheon is ready to melt faces upon first listen.