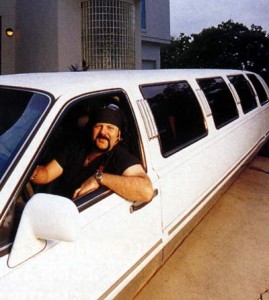 TMD has learned from a source close to the camp of legendary ex-PANTERA and current HELLYEAH drummer Vinnie Paul Abbott that indeed a “large sum of money” has been put on the table to reunite him with surviving PANTERA members, vocalist Philip H. Anselmo and bassist Rex Brown for a one-off reunion/tribute event (with special fill-in guitarists), in honor of fallen brother and band mate, lead guitarist Darrell “Dimebag” Abbott, who was shot to death on stage while performing in a new project called DAMAGEPLAN on Dec 8th, 2004 at Alrosa villa nightclub in Columbus, Ohio.

This source says Vinnie Paul basically laughed the offer right off the table.

Last year, one by one on Facebook, a small army of devoted PANTERA fans created a cause and began piling up on each other in honor of the late great rocking Texas metal band and to support the idea (obviously a sore subject to many, including Vinnie Paul himself), until they started reaching past the 3,000 membership and now the rest of the world is taking notice. So much so, that now even former OZZY guitarist Zakk Wylde – a good friend of Dime’s – feels the idea isn’t such a bad one after all. Listen to what he had to say about it HERE when speaking with Djay Angela Chase of Dallas/Fort Worth, Texas rock radio station 97.1 KEGL. 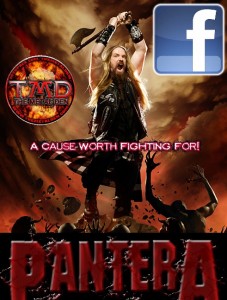 Vinnie Paul has been at odds with Anselmo and Brown for the past decade, stemming from
the bitter breakup of PANTERA in ’03, where Vinnie and Dime himself felt the two flat out abandoned the platinum selling act and its fans to work on other musical projects of their own, most notably the super group DOWN. Much ill will went back and forth between both camps, with each side bad mouthing the other to no end. Anselmo was also quoted in a Dec/2004 magazine interview right before Dime’s murder stating: “Dimebag Darrell deserves to be beaten severely.”

To his credit, since Dime’s tragic murder, Anselmo has literally changed his life around. He has quit the hard drugs for good, survived Hurricane Katrina, and returned to the stage after major back surgery.

Anselmo has also reconciled with Dime’s lady, Rita Haney, and in a more recent interview went on the record in concern with the continued snubbing by Vinnie Paul, saying: “In my heart of hearts, my door is wide open,” he insists. “I’ve said it a million times. And I’ll say this too: for all the falling out, the bad feelings that Vinnie Paul is trying to harbor and keeps so freshly alive… to me, it points to the fact that in truth he really loves me. That things wouldn’t be getting to him so much if it weren’t for this strong love. I can wish a thousand times a day that we could reconcile, but until it happens, until he decides to knock on the door… actually, the door is open, until he decides to step in through or even look inside the door, then… we’ll take it from there, y’know.”

“It’s easy to make an enemy and to be negative. It’s very easy to slip into that, but it’s very tough to come with love.” Spread some love. 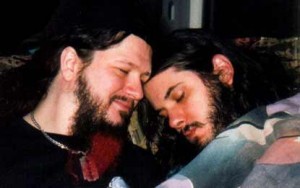