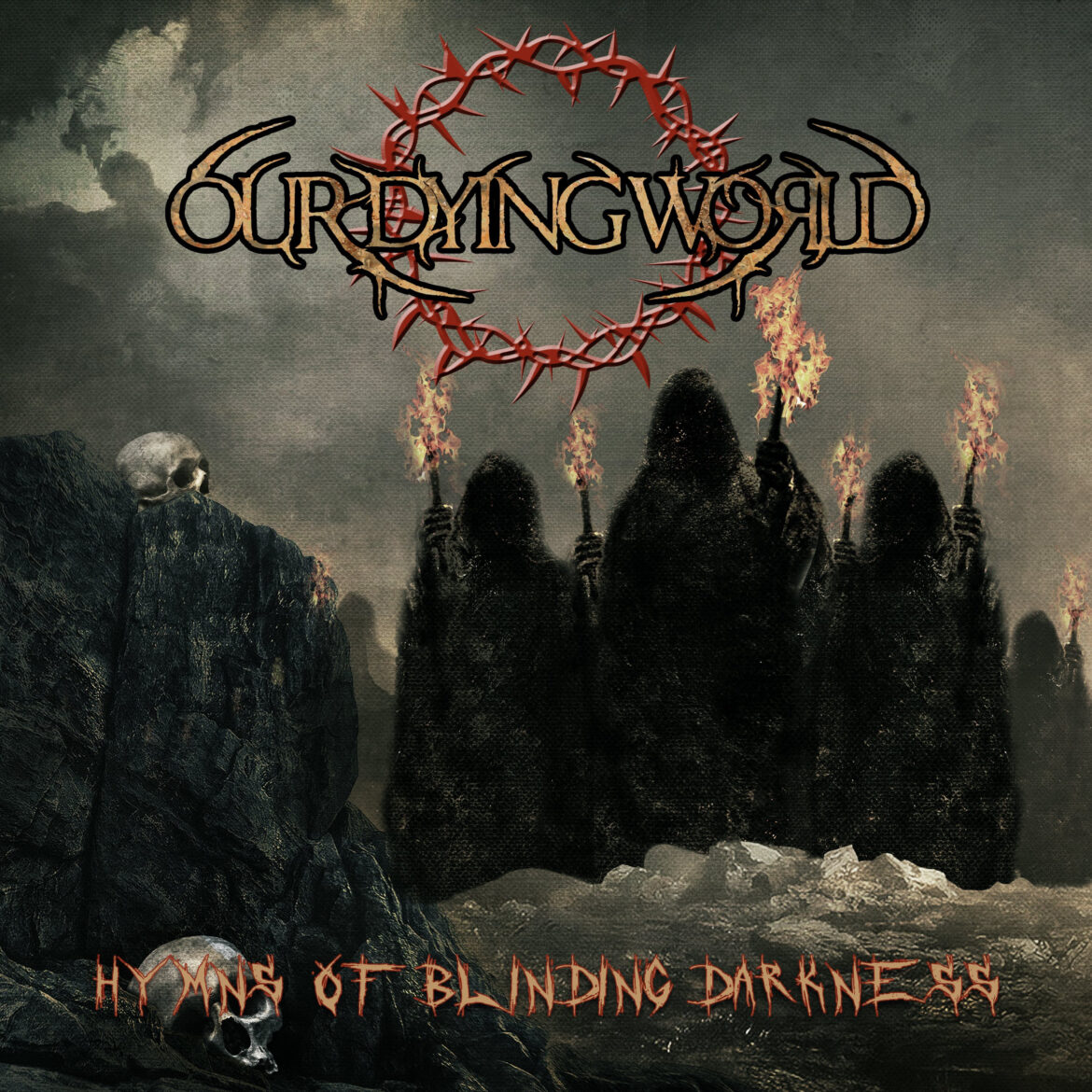 Los Angeles’ OUR DYING WORLD has gone through a huge evolution over the past couple of years as highlighted in the teaser for their upcoming album. On their 2019 album “Expedition” they were intense, thrashy death metal and with their next album “Hymns Of Blinding Darkness”, they are turning up the melody and stepping into a sound that is more refined and reigned in, but without sacrificing any of the intensity. This new album, like many others, is a product of the pandemic, and Our Dying World is itching to show listeners what they have been working on while tucked away as they comment:

“We are so happy and grateful to have this record finally come to light after the events of the last few years. The publications that have taken the time to listen to our efforts and share them with the world have been something we’ve all grown up on and to see “Hymns Of Blinding Darkness” being talked about so widely is mind-blowing. We’ve been working and developing this band for years and where we started seems almost like a different world. We’re starting to fall into our sound and as we start to push forward from here, you can bet you’re going to hear us captured more in a defined way.”

The dramatic shift in style can, in part, be chalked up to working more collaboratively as a band. When “Expedition” was written and recorded, it was all done by drummer Tom Tierney, as opposed to this upcoming release, which has been meticulously shaped by each member: vocalist David Ainsworth took his hand on writing lyrics for “Diary Of A War Dog” for the first time; keyboardist Graham Southern was responsible for multiple arrangements throughout the record and all of the orchestration, and guitarist Ray Sanchez helped shape Under The Hunter’s Blade from a single riff. It is clear the band is growing closer in composition and spirit so they are extraordinarily excited to see what comes next for them.

Complex melodies intertwining with intense intricacies, Our Dying World aims to give fans that feeling that we all once had when we heard a really amazing record. That sense of wonder, joy, excitement. It’s that feeling of putting a disc in your player and never taking it out. They are recommended for anyone with a penchant for melodic death metal, especially fans of Children Of Bodom, Nightwish, and Lamb Of God.

The album “Hymns Of Blinding Darkness” is being released on June 24, 2022.