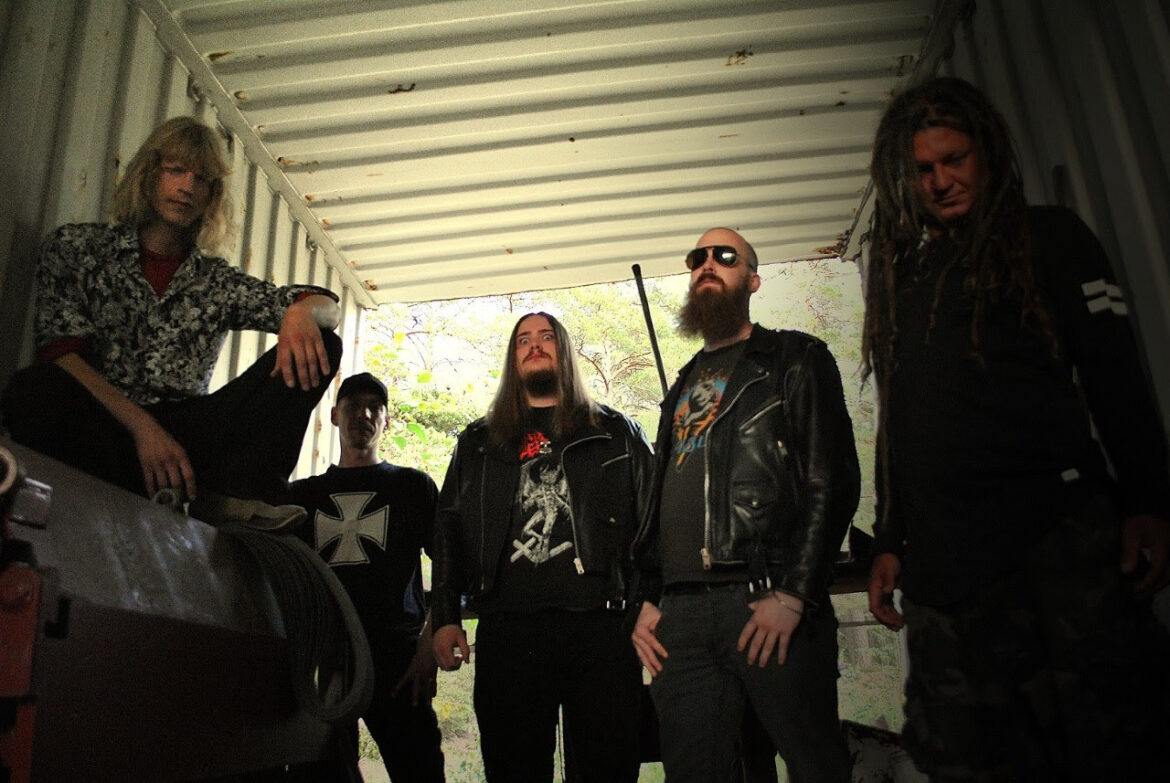 “Ancient Roots All Knowing” is a track taken from ODEUM DEUS‘ upcoming album “Brutal Slaughter” due for release on May 21, 2021 via Wormholedeath worldwide.

Guitarist Börna has this to say about the song:“Ancient Roots was created one late night filled with improvised riffing and beer. We thought it to be suitably short and evil as an appetizer for the Brutal Slaughter album main course.Thoughts of religious dogma and hatred was the starting point of this song as it formed itself into this twisting art piece. The resemblance of old roots was striking too both Joel and Börna and the story of the all knowing, all evil ancient roots emerged. Later the other band members put their own dark twist to it and the song reached the point to where the dark lord himself gave two horns up \m/”

“Ancient Roots All Knowing” is available on all digital stores HERE