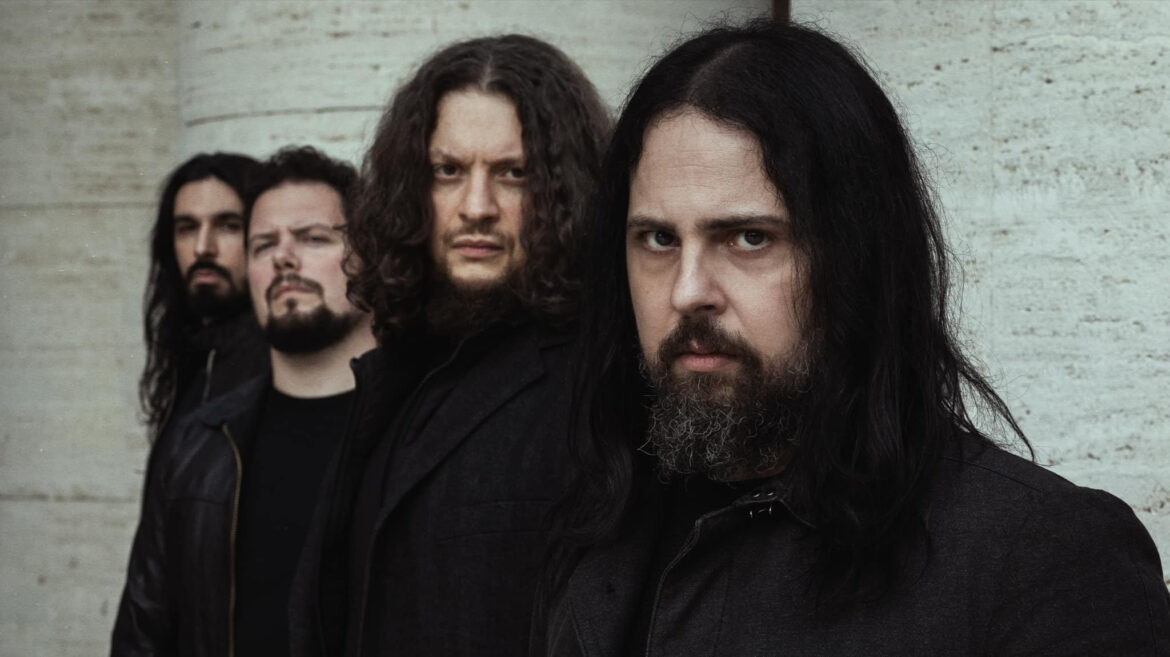 “Violet” is featured in the band’s debut album “The Pattern”, out now via Time To Kill Records.

“The Pattern” was recorded at Blue Noise Studios by Massimiliano Pagliuso and at The Outer Sound Studios by Giuseppe Orlando. Mixing and mastering were handled by renowned Swedish producer Dan Swanö at Unisound Studios AB.

The album evocative artwork is by Travis Smith.

OCEANA started in 1994 as the result of the friendship between Massimiliano Pagliuso and Alessandro “Sancho” Marconcini (later joined by Gianpaolo Caprino in 1997). The intent was to mix progressive metal elements with European-style death doom. Influences, from a musical point of view, range from Edge Of Sanity to Katatonia, from Paradise Lost to Duran Duran, from Metallica to Dream Theater, in a very personal fusion of different genres and sounds.

After a first EP, dating back to 1996, the band returned to the studio in 2019 to record their first full-length album “The Pattern” (mixed and mastered by Dan Swanö at Unisound Studios). The music was then placed in the best artistic light possible thanks to the evocative artwork of Travis Smith.

The band’s return to the scene also sees a change of logo by the great Daniele Valeriani, an artist who has been able to perfectly represent the new creative style of the Roman band.