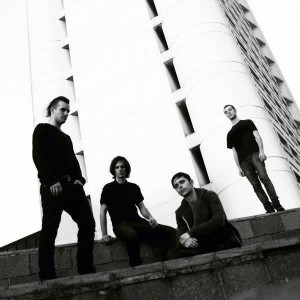 Founded in Bologna, Italy in 2007, the band will unveil their long-awaited self-titled release, a unique and experimental approach to structure, sound and atmosphere, in the spring of 2013.You can check out a teaser video of the new album HERE.

Vocalist/guitarist Sean Worrell commented, “We are absolutely thrilled and honored to be working with Prosthetic Records, a label which has had and still has some of the most amazing bands out there. We are very thankful to them and can’t wait for you all to hear our album, the release of which is long overdue. We will hopefully see you on the road during 2013!”

Duncan Dinsdale, European label manager of Prosthetic Records, added, “It’s a rarity to discover such an exciting and forward-thinking new band that equally balances texture, heaviness, intelligence and perfect musicianship as Nero Di Marte does with ease. We’re very excited for you to hear the upcoming new album shortly.”

During the summer of 2012 the band decided to change its name from Murder Therapy to Nero Di Marte, the name their new album was originally given; they now have a few shows in Italy to finish up the year, including dates with Norway’s Virus. and are planning to tour extensively in 2013 to promote the record.