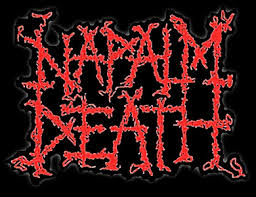 UK Grindcore pioneers NAPALM DEATH have just announced that they have signed a new deal with Century Media Records, extending the long-running partnership between both parties. “Very happy to let people know that we have put pen to paper and taken the plunge with Century Media again. Crucial to NAPALM DEATH was that we continued to retain artistic and creative control and also continue to have a determining voice in how our music is used – and, equally as importantly, isn’t used. The people we have consistently worked with down the years at Century Media have always been extremely attuned to this, and we have never experienced anything like the heavy hand of suffocating commercial pressure that can be inherent in this kind of relationship and lead to crappy creative outcomes. Looking forward to sonically bending more minds with their help,” states NAPALM DEATH vocalist Mark ‘Barney’ Greenway.

Philipp Schulte, Director Century Media Records Europe, adds, “NAPALM DEATH and Century Media Records have gone a long way together already, so it makes us very happy continuing as the band’s partner for the years ahead. The value of artistic freedom and creativity has always been of profound significance for NAPALM DEATH. It was the key to becoming and staying one of the most important bands – then and now. We take this very seriously. Thanks to the band for their trust. We are looking forward to this extended strong partnership.” NAPALM DEATH’s latest and much lauded 16th studio album Throes of Joy in the Jaws of Defeatism (2020), which was again recorded with longtime producer Russ Russell and features artwork by Frode Sylthe, entered numerous international sales charts upon release such as: Germany: #18, Austria: #37, Switzerland: #26, Finland: #35, Belgium: #88, Spain: #78, France: #120, UK (Rock Chart): #3 and USA: #58 Billboard Top Albums. Purchase and stream Throes of Joy in the Jaws of Defeatism in various formats HERE. NAPALM DEATH is (from left to right on photo above)Danny Herrera (turbulent beat throes), Mark ‘Barney’ Greenway (bawling, shrieking, intermittent baritone), Shane Embury (bass reverberations, barks and moans, noise-testing everyday objects).  Watch “Backlash Just Because” Lyric Video:HERE Watch “Amoral” Music Video:HERE Watch “A Bellyful of Salt and Spleen” Music Video:HEREFollow NAPALM DEATH:WebsiteFacebookTwitterInstagram
Century Media Records online:WebsiteFacebookTwitterYouTubeCentury Media Merch Store:Website