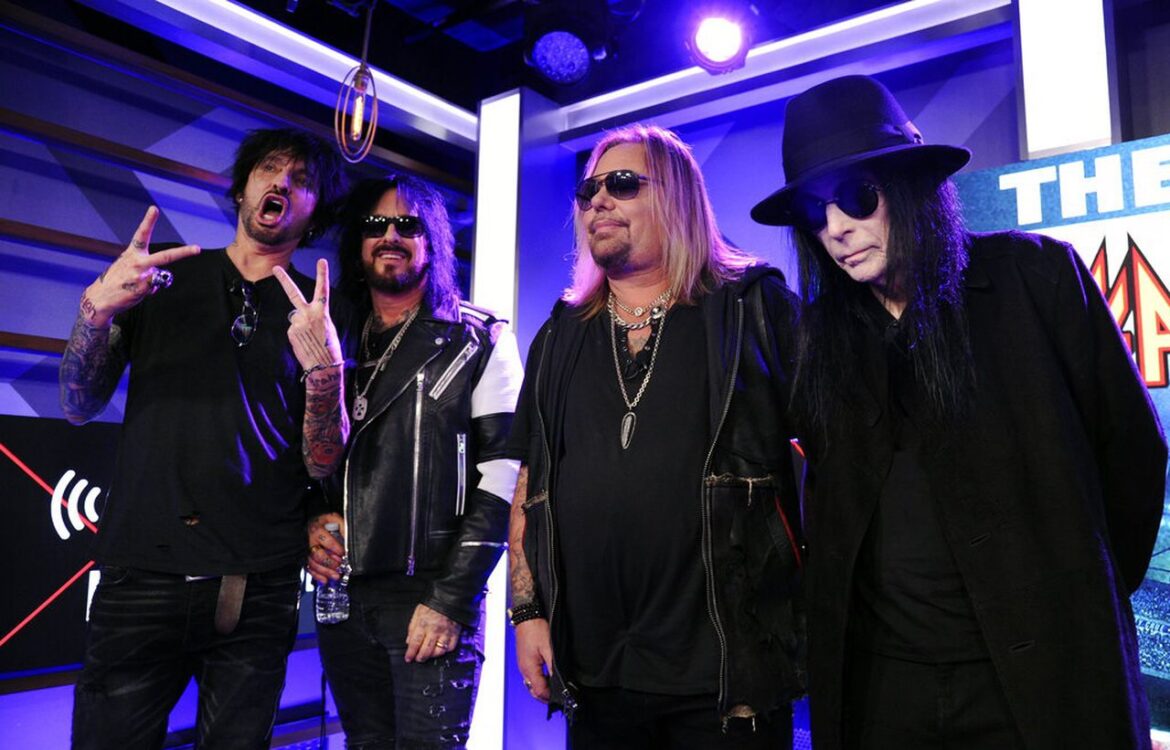 Have MÖTLEY CRÜE been working on a new album? It seems the answer is a resounding “YES”!!!

As the story goes, bassist Nikki Sixx has been making his rounds in the media as of late, pumping up the forthcoming Crue comeback tour. He has gone on the record to say that he’s writing some new music and it sounds like early Motley. By the time the Crue finally steps onto their first stage in the USA this summer they will have not released a new studio album in 14 years.

Listen to one of Sixx’s newest interviews via an episode of Rock And Roll Death Brigade podcast, hosted by legendary rock journalist and TMD’s creator, Randy “Rocket” Cody. In the discussion, Sixx lets the cat out of the bag. Check it out HERE.

According to a source, TMD has learned that Sixx and company have indeed begun to secretly plan a major announcement for fans in time with the official launch of their comeback this summer. This is why the wheels are being put into motion now several months in advance. Today Sixx himself confirmed in a new tweet that things are starting to “heat up.”

Sure, the Crue might have postponed their comeback tour twice already and at one point were rumored to be bringing back ex-Crue singer John Corabi, but this time it’s really going to happen with the original lineup, according to Sixx, and not even Vince Neil’s ongoing troubles or Covid-19 will be able to stop them (guess that leaves Corabi without a job again).

Get ready to ROCK! Nikki Sixx, Vince Neil, Tommy Lee and Mick Mars are back!!!

Believe it or not, Mötley Crüe are also rumored to be planning a worldwide tour at the end of 2023.

Do you think Mötley Crüe will pick up right where they left off nearly a decade and a half ago – and deliver another epic album?

“Yes, the new music I am writing sounds like the first Motley Crue album.”