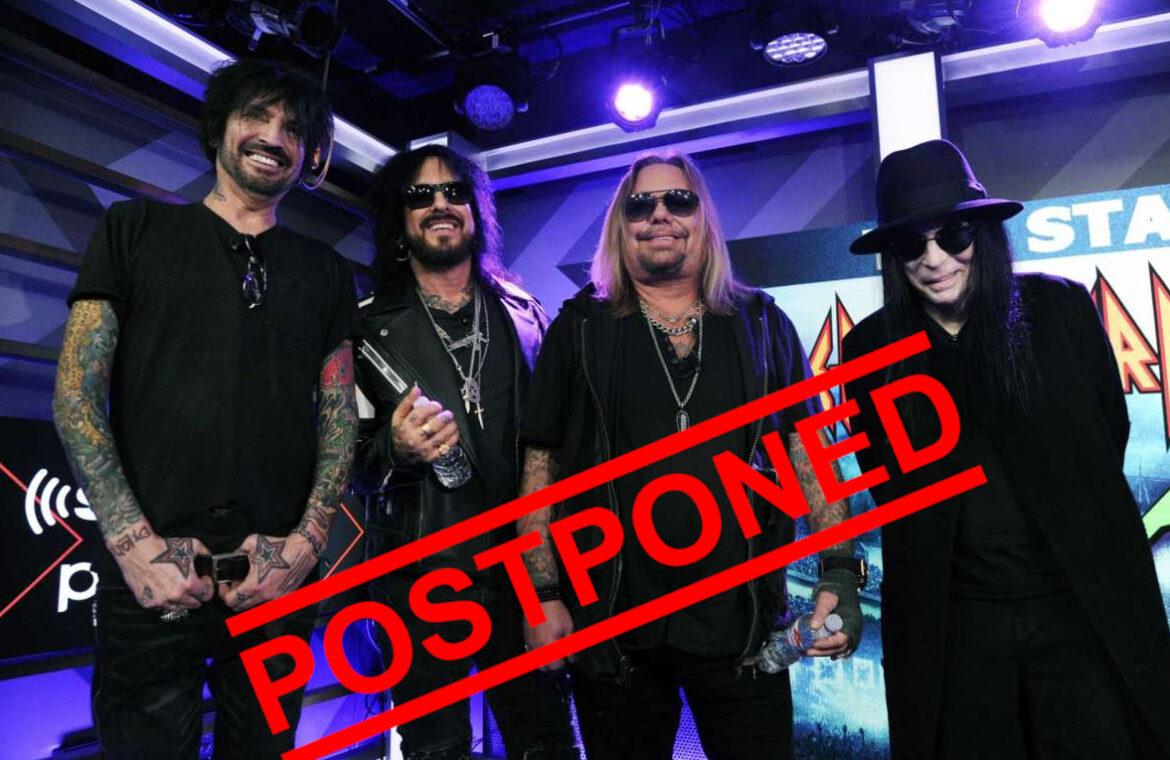 The Metal Den has been tipped off that the highly anticipated MÖTLEY CRÜE comeback tour is going to be postponed for a third time, believe it or not. The ongoing Covid-19 plandemic, and the newly launched Omicron variant that has been spreading at a much more rapid infection rate than the Delta variant, is prompting many major rock bands to begin to reschedule 2022 events to happen next year in 2023.

Chief Medical Advisor Anthony Fauci expressed his own belief that while more lockdowns will not have to commence again, the deadly virus continues to kill thousands of Americans, and the fact is that the next 30 days to 180 days is going to be the most crucial in the battle to save lives and bring an end to it, once and for all. It’s being said that Fauci’s plan is to again advise for scheduled dates to be pushed back on large arena/stadium concert events in the USA during this period.

Dr. Fauci points to how dangerous the virus can be for the unvaccinated.

Dr. Fauci says he doesn’t blame people who haven’t gotten vaccinated, but he won’t stop encouraging them to get the shots.

With all of the crazy Vince Neil controversy going on, it’s probably best that the Crue’s reunion is pushed back another year, because the singer has been on a downward spiral, locked in a vicious battle against alcohol addiction… and a failing voice. Neil fell off the stage during a solo show at the end of last year, and entered rehab with the help of his friend Ozzy Osbourne.

“Omicron now accounts for more than 99.5 percent of new infections in the United States, according to estimates from the Centers for Disease Control and Prevention. The nation reported as many as 800,000 new cases a day in mid-January, more than three times as many as at any previous point in the pandemic.” – NY Times

Despite Nikki Sixx recently confirming that all things were a “go” for the shows to happen this summer, the truth is that MÖTLEY CRÜE already knows that the “Stadium Tour” is being postponed for a third time. If fans pay closer attention to a recent “clue” that things were not as they seem, they’ll see that the Crue’s troubled lead vocalist, Vince Neil, has begun to schedule more solo tour concerts in the middle of the Crue’s comeback tour schedule!

“Neil‘s appearance at the Red River Valley Fair is raising eyebrows with CRÜE fans who are concerned that the band’s “The Stadium Tour” will once again be postponed after it was originally scheduled to take place in the summer of 2020 but ended up being pushed back to 2021, and then to 2022, due to the coronavirus crisis. As it stands, Vince is scheduled to perform with MÖTLEY CRÜE one day before the Red River Valley Fair, on July 15, in Cincinnati, Ohio at Great American Ball Park and again one day after the West Fargo gig, on July 17, in Milwaukee, Wisconsin at American Family Field.” – Blabbermouth.net

All throughout this nightmare process, the Crue’s fans have begun to demand refunds, so it will be interesting to see how this all plays out.

No word yet on how ex-Crue singer, John Corabi, feels about all of this.

Omicron Variant has its first case in California. Looks like I was right again, huh? https://t.co/eny74RPutd