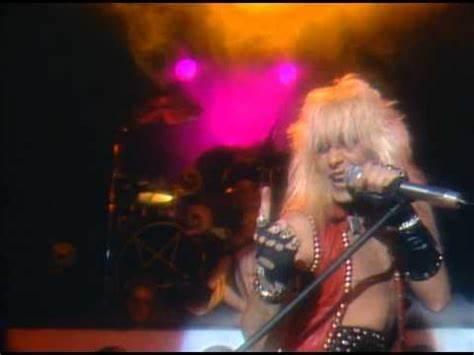 MÖTLEY CRÜE remains one of the most important metal bands of all time. Their take no shit from anyone approach helped the glam act to take over the Sunset Strip with some jamming tunes, creating mythical figures out of four regular dudes who simply had the same dream of wanting to make it big in rock n roll music: Vince Neil, Nikki Sixx, Mick Mars and Tommy Lee. They made no apologies for who they were, and they fought anyone who got in their way (including themselves) – selling out arenas, dropping multiple platinum albums, plus producing the most memorable music videos of that era, and the rest is rock n roll history.

“Live Wire” is the debut single released on their classic 1981 debut album Too Fast for Love.

Catch the Crue on The Stadium Tour with Def Leppard playing to diehard fans throughout North America in 2022.