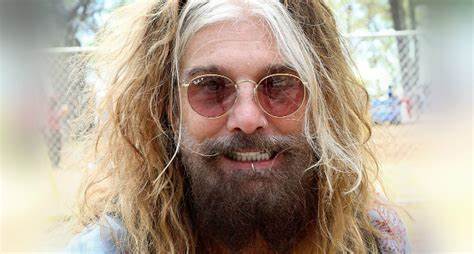 After a recent article emerged online claiming that CRÜE bassist Nikki Sixx issued an ultimatum to Neil to lose a significant amount of weight for the band’s comeback tour or be fired and replaced by Corabi, John posted a statement on social media denying that he had held “secret rehearsals” with CRÜE and shooting down the possibility of him rejoining the band, saying that he was “not even remotely interested in doing that again.”

On Wednesday (September 8), Corabi took part in a video interview with Let’s Rock in which he once again touched upon the rumors of him reuniting with CRÜE.

He said (as transcribed by BLABBERMOUTH.NET): “I made a post this morning. I got up and I had a gazillion e-mails on [the above-mentioned article].

“Last week, somebody posted that after a performance Vince did, all the fans are saying Corabi‘s gotta come back. Then, about three days later, there was a thing, like, ‘Nikki orders Vince to lose 50 pounds or to bring in Corabi back.’ And now today I get up and there’s this bullshit. And I’m, like, fuck, man. Let it go. I did that fucking record, like, 30 years ago. I’m proud of it, it’s a great album, but fuck off. It’s been 30 fucking years. Let it go.

While he vehemently denies to all Crue fans that he’s not been secretly rehearsing again with Nikki, Mick and Tommy, the truth is he is in very tight with Sixx and Crue, and is only pretending to be involved in a fight with Sixx, over his past statements about Corabi not being so easy to work with.

Why? Because Vince Neil was already tipped off about his planned ousting. As the story goes, Sixx is done with Neil’s “shit show,” according a source inside Crue’s camp. Neil is said to have confronted Sixx in 2020, and Sixx lied to Neil’s face saying that he was not going to hire John Corabi again.

The Neil dilemma is a very delicate matter, because they can’t tip off Vince that they are secretly working with Corabi, now that he accepted the ultimatum from Sixx and is going to try and lose the extra weight. He would have legal recourse if he did gain the knowledge that a top secret ousting was being done because it is a ‘breach’ of the contract they have between all four original members.

Technically, if Vince can’t lose the weight it will give Sixx the winning hand and the leverage to force Vince out, and to officially bring John Corabi back in.

The fact is John was in the studio working with Mick Mars assisting on the legendary guitarist’s solo album, and that is where the seeds were planted again for him to get back to being involved musically with Crue again.

In a 2012 interview, Mars stated about MÖTLEY CRÜE‘s 1994 self-titled album: “I thought that was probably… To me, and I can only speak for me, I think that was probably the best album we’ve done. Musical-wise, the songs, I felt, were strong. And just musically, to me, it was, I guess, my BEATLES ‘White Album’; that’s kind of how I feel about that one. I’m not saying that any of my other albums are crummy or anything like that — I love every album that we did — but that one just has a special thing for me.”

While it has been confirmed that Alabama musician Jacob Bunton has been officially named as the lead singer on Mick Mars‘ highly anticipated debut solo album, word going around is that Mars and Corabi formed an even stronger bond in recent years and there has indeed been ‘internal’ discussions about Nikki, Mick and Tommy doing something together again, whether or not they called it MÖTLEY CRÜE songs.

Now, add to the equation in the past two years that Neil’s vocals live have literally flatlined, the business people behind the Crue immediately started developing a ‘Plan B’, according to the souce, if they needed to stop their comeback tour from derailing. Believe it or not, the idea has even been kicked around to release a final Crue studio album with Corabi… not Neil.

Latest News – Nikki Sixx Has Issued An Ultimatum To Vince Neil: Get Rid Of The Fat Or You Are Fired… Again! 😱 https://t.co/XQQGxzFk4L @MotleyCrue #FatShaming pic.twitter.com/QTF62gXvyk