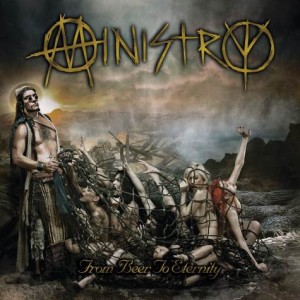 MINISTRY has now released the 10th and latest clip in the band’s series of behind-the-scenes videos covering the creation of latest album “From Beer To Eternity.”

The album is available now, and you can watch this latest video HERE.

New album “From Beer To Eternity” features the final studio recordings by long-time Ministry collaborator guitarist Mike Scaccia, who died in December from a heart attack suffered three days after rough tracks for the album had been completed.