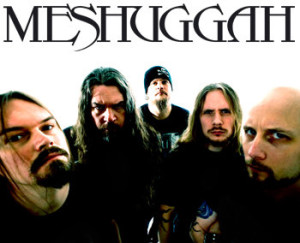 MESHUGGAH is returning to North America this summer to celebrate its 25th year of musical deviance with festival appearances, Canadian dates, and clubs bound to fill to capacity.

Opening on all but two festival dates will be North Carolina’s Between The Buried And Me.

Meshuggah aims to play a very special 25th anniversary set by performing selections from the band’s entire discography. Fans have the opportunity to vote for the songs they want to hear at Facebook here (voting ends April 2nd).

Dates are as follows: