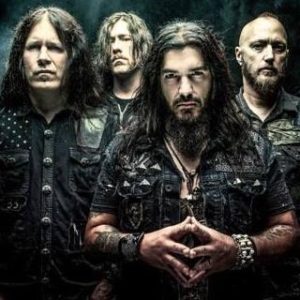 Northern California metal act, MACHINE HEAD, have announced the departures of both guitarist Phil Demmel and drummer Dave McClain. The two are going to participate in the band’s forthcoming headlining tour.

Frontman Robb Flynn issued a video statement in which he admitted some fault in the pair’s exit and promised to do some soul searching. View HERE.

“I have held on too tight to the reins of this band and I have suffocated those guys,” said Flynn. “I’ve got some rough edges; I’m kind of a barnacle. Those rough edges have given us the success we have but they’ve also hurt the people around me. I’ve got a lot of drive, but I’ve got a lot of anger and rage, and that drive of mine has alienated folks in the band. I ask that you respect Phil and Dave’s decision, as I respect their decision.”