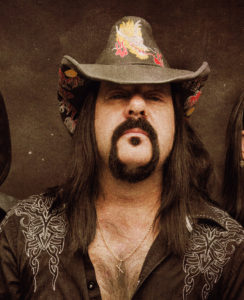 An official autopsy report is still pending in the case of late PANTERA drummer, Vinnie Paul Abbott, who passed away on June 22nd in his home, during his sleep it is said.

One thing my wife pointed out is how Vinnie was always surrounded with people, going from one party to the next, and always dropping into the local spots like the Rail Club in Fort Worth, Texas. It seems odd that nobody saw any signs of him having struggles when he has other people who always stay with him at his residence, including his girlfriend, Chelsey Yeager. What I am attempting to do is conduct a proper death investigation for Vinnie Paul, so we can rule out any chance of foul play.

According to the expert, there are four categories of death, including natural causes, accidental, suicide and homicide. 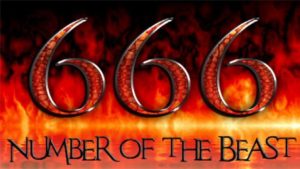 “Accidental Death, however, suggests the death of an individual happened by means other than natural death, murder or suicide. Accidental death can sometimes be manslaughter – murder but committed out of an involuntary act of violence towards another. Likewise accidental death can also be categorized as death by misadventure. This means that the victim has died by accident either whilst doing something they should not have been doing or by taking risks that would put them in mortal danger. A lot of extreme sports participants have died and their deaths have been classified as death by misadventure because of the extreme nature of their pastimes.”

In the first part of this report, I showed readers the meaning of the Mark of the Beast (666) when it comes to being used as a way for the New World Order to alert its legion around the world of the dirty deed.

I have also covered the topic of using poison to kill rock stars, such as Hemlock and Deadly Nightshade.

Did you know that two FBI agents were captured on video entering the basement of the Luxor during the massacre while the shooter was still active? Did you know that witnesses on the ground saw multiple shooters, not just a lone gunman, as the fake news media reported? 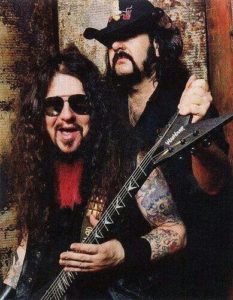 Right before I found out Vinnie Paul died, I was out in Arlington, Texas hanging with my buddy, not even 5 minutes away from Dime’s pad, toking on some killer weed he offered me. I asked him the name of the strain, and he said it’s called “Diamond.” I looked at him funny and said, that was Dimebag’s first nickname, holy shit. All I could think deep inside my head from that point was this must be a sign of some kind.. although, I had no clue what… but definitely in my gut I felt something was off. Next day, sure enough… I learned VP died the day before.. the very day when I was smoking Diamond. 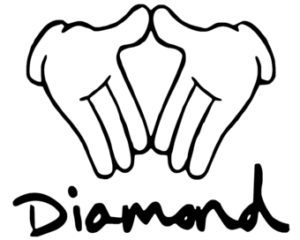 Actually the diamond also represents the Illuminati. When you take the pyramid and invert it, the shape becomes a diamond. 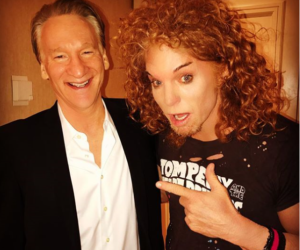 Carrot Top: The act a mask of contradictions

One of my wife’s oldest friends was hanging at Vinnie’s in the past month in Vegas and said one of the ‘themed’ rooms was Carrot Top’s with a clown that slept above you… super creepy. The Cher of big time comics finally returned to Twitter and did not mention one word about Vinnie. Very telling.

Vinnie’s best friend, comedian Carrot Top, was missing in action at the time the world learned of the legendary PANTERA drummer’s sudden death. WHY? 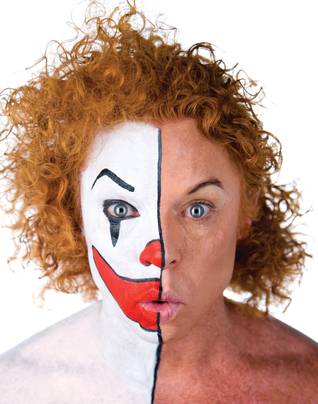 Pictured: Comedian Carrot Top, notice the inverted pyramid (A DIAMOND) painted under his one eye.

I did some digging and made sure to grab a bag of carrots to take with me down the rabbit hole. What I learned is that Scott Thompson, the real name of the flaming vegetable who tells lame prop jokes for big bucks in Vegas, graduated from college at Florida Atlantic University, whose very first honorary graduate was none other than the man behind the JFK assassination, Lyndon B. Johnson of Texas.

As the story goes, old Carrot Top has strong ties to the Illuminati via his upbringing and older brother being part of the US military. A post by Las Vegas Sun that featured the clown’s life will shock you:

“Sister Benedict was her name, the principal at St. Mary’s Catholic School in Rockledge, Florida, a town of about 25,000 that sits on the state’s east coast, near Cape Canaveral. The town is heavily populated by NASA scientists and engineers who over the years sent American astronauts into orbit and onto the moon. The young son of one of those NASA engineers was Scott Thompson, a diminutive redheaded kid who kept to mostly kept to himself, uninterested in the other uniformed St. Mary’s students. He spent recess in solitude.” 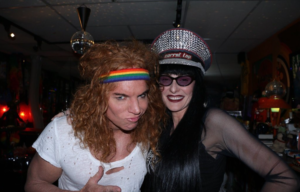 “Scott’s older brother, Garrett, was two years his senior, a born leader who would one day earn a swimming scholarship to the Air Force Academy and ascend to the level of F-16 fighter pilot who patrolled the “no-fly” zone in the first Gulf War. This guy’s dashing, heroic makeup is of such a movie-star quality…”

Okay, we get it.. Garrett is the “Maverick” of the family, Carrot “Not The Top Gun” actually wears all the makeup.

Did you know 13 years ago, a US marine who was under government mind control called MK Ultra, now totally declassified, was remote controlled by Uncle Sam and killed Vinnie’s brother? All the signs and symbols connected to the case points to the US government orchestrating a “false flag” event that effectively eliminated Dimebag and several others at the Alrosa Villa.

They blamed it on schizophrenia, a label the shooter did not have before entering the Marines boot camp.

Vinnie’s younger brother, Dimebag Darrell, was shot and killed while performing on the stage with the Abbott’s new band DAMAGEPLAN at the Alrosa Villa club in Columbus, Ohio on December 8, 2004, and I opened my own independent death investigation into the matter and learned some very disturbing things. Firstly, I came across authentic audio from the night of the shooting, where the emcee can be heard saying, “For the lamb of God, here they are… Damageplan!”

The dude who jumped on Vinnie to save him from being shot also knows my wife going back thirty years in the Dallas/Fort Worth metal scene and were it not for John, there is a highly probable chance Vinnie would have been assassinated on that night.

Instead, he miraculously lived and continued rocking with his new band HELLYEAH. I was actually the very first rock journalist to get the word that HELLYEAH band was forming, during my notorious 6-6-6 interview with bassist Jerry Montano.

Well, not long after that, in 2007 Mr. Montano allegedly made a death threat toward Vinnie Paul and his buddies at the Clubhouse in Dallas, a strip bar Dimebag and Vinnie had owned together at one time.

Mr. Montano recently was out on tour with his new band, and they opened for Dave Mustaine. The MEGADETH frontman is connected to New World Order fake news moron, Alex Jones of INFOWARS. Both traitors live in Austin, TX next to each other.

Did you know that Dimebag turned down an offer from Mustaine to join MEGADETH band because they would not invite his brother Vinnie to join? Dime was loyal to his brother and decided to take their existing band called PANTERA to a new level.

In fact, PANTERA crushed METALLICA and MEGADETH during the epic battle of metal in the 90s. There was a lot of jealousy and because the Abbott brothers held so much clout, it pissed off a lot of folks, namely Uncle Sam and the people in Washington DC.

While the Abbotts were hard drinking and wild partying, they loved their late mother very much, and I know for a fact that she was a Baptist who taught them about God. It was not until Philip H. Anselmo, of New Orleans, Louisiana, became their band’s lead vocalist in 1987 that their music became Satanic themed.

Phil pulled Dimebag aside during their glam club days and said, “come here and check this music out.’ He began to jam SLAYER and really extreme metal to Darrell, along with a band named EXHORDER that Phil completely ripped off the lead vocalist’s act and singing style.

Anselmo became more deeply immersed as the nineties closed with his practice of Satanism, which incudes ritual ceremonies. 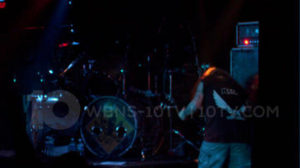 Pictured: DAMAGEPLAN on Dec 8, 2004… take note of the Skull N Bones logo on the drums.

An Occult expert details the horrific reality of the matter:

“The pact formed between a witch and the devil may be either expressed or tacit.
The expressed pact consists of a solemn vow of fidelity and homage made, in the
presence of witnesses, to the devil visibly present in some bodily form. The tacit
pact involves the offering of a written petition to the devil, and may be done by
proxy through a witch or some third person.”

There was intense bad blood between Anselmo and the Abbott brothers when they broke up PANTERA in 2003, after the 9/11 attacks ended their tour prematurely in support of their final album Reinventing the Steel.

“All I ever did was play my ass off for the guy,” Dimebag stated in one of his last interviews.

In 2016, Anselmo shouted “White Power” at the Dimebash event, after having denied having any part of the Confederate flag in a 2015 interview I conducted with him, despite carrying it around on the stage for the past 20 plus years. Anselmo next wrote a song called “Clickbait” attacking journalists like me who ask too many questions not related to music.

Keep in mind, Anselmo was allegedly recorded on tape during another interview he did with a major rock magazine, saying he would seriously hurt Dimebag if he punched him, like he would turn into vapor. Many feel these words helped to incite the shooter to go on the attack.

Vinnie Paul laughed at the idea of reforming PANTERA for reunion shows in honor or his brother, and figured it was best leave it all alone. In my last interview with Anselmo, I edited out a section of the discussion where Phil states that a reunion would be big money. He was also trying to recently push a hologram concert to make money off the slain guitar hero.

Now, tragically, Vinnie Paul is dead. Did you know when Dime was shot the first person Vinnie got a call from was none other than Anselmo himself? Vinnie would not accept his phone call, obviously being too distraught.

He had just witnessed his younger brother get shot on the stage at point blank range. Although, Vinnie luckily survived that New World Order hit in 2004 that was meant to take him out along with his brother, 13 years later the Illuminati settled the score.