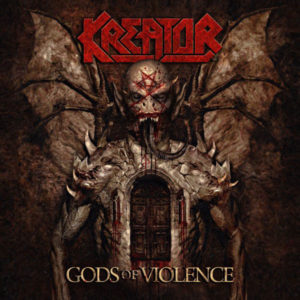 German thrashers KREATOR have revealed the cover art and release details for their upcoming album, Gods Of Violence. The 14th Kreator album is set to be released on January 27, 2017 worldwide via Nuclear Blast Records.

Kreator mastermind Mille Petrozza comments, “‘Gods Of Violence’ was the first song I wrote for this album and it stuck to me as the title track. It contains everything Kreator is known for and it will blow your minds. Promise!”

Gods Of Violence will contain 11 tracks with a total running time of approx. 52 minutes.