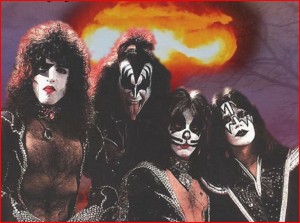 TMD has obtained rare concert audio of legendary rockers KISS performing the song “100,000 Years” at The Olympia Theater, Paris, France on May 22, 1976. The show came during The Alive! Tour, in support of their 1975 live album Alive!. At the time of the European leg of the tour the classic Destroyer album was already released. This recording is making its debut on YouTube.


Listen to the historic audio below!