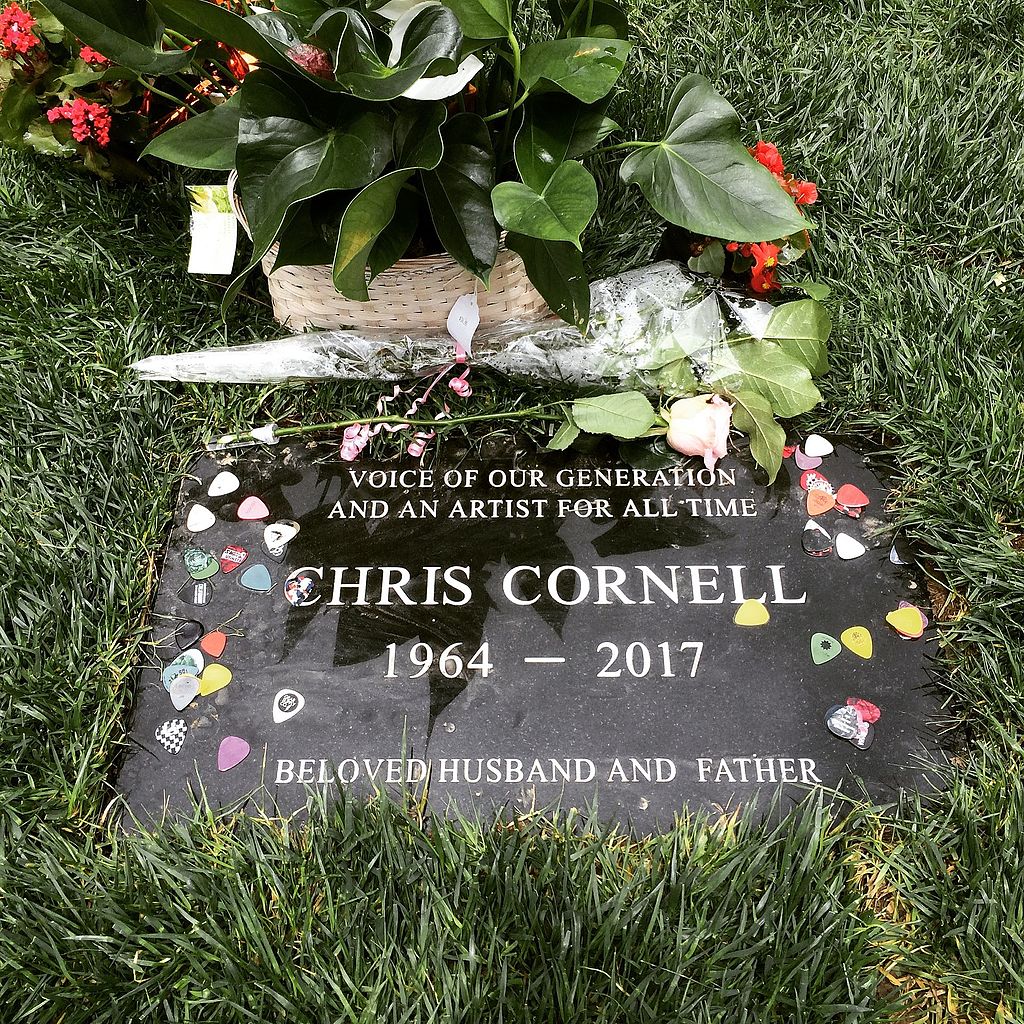 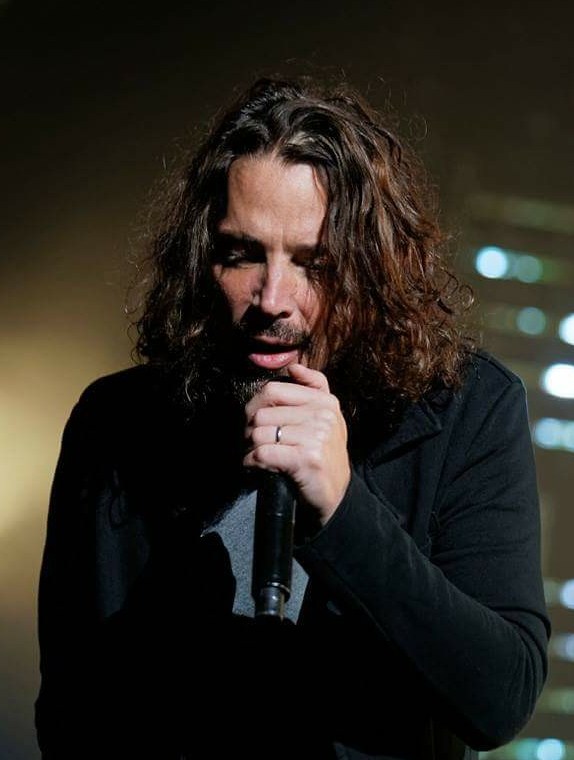 Chris Cornell’s wife is as batshit crazy as Courtney Love. And the crazier thing is they are both close friends and Courtney attended Chris’ funeral.

Likie Lilith, the classic female demon temptress, I believe Vicky Cornell is not telling the truth… and using deception to sell a false narrative that nets her wealth beyond her wildest Satanic dreams, got it?

At this time is my determination that Chris Cornell and Chester Bennington were both suicided within two months of each other last year.

My 8 month investigation on Mr. Cornell’s behalf has uncovered a mountain of evidence which points to foul play. I believe that Detroit PD and The Detroit News are involved in a cover up.

I was featured in an article by The Detroit News disputing the facts in the case last June, yet when Chester died on Chris’ birthday they would not do a follow up story with me.

The truth is editor Gary Mile said that he was going to set one up with me but then changed his story the next day, which is typical of a Satanist operative of the CIA.

I learned many CIA plants are holding the highest positions at national newspapers in America.

The National “Press” Club was established in Washington DC in 1908, soon after elites and journalists on the West Coast established the Bohemian Club. Membership includes “newsmakers” in addition to news reporters, including 17 consecutive Presidents of the United States. Most have lectured in the Club’s restaurant, and both Carter and Reagan announced their candidacies for president at the grove. Mystical symbolism in NPC’s LOGO reveal influence from Bohemian Grove’s Owl Shrine (discussed later), lantern, and the Illuminati’s illuminated rays of sunlight.

Bohemian Grove’s ‘Cremation of Care’ is a ceremony that essentially rids the Satanist of any guilt for their bad deeds done upon mankind. Isn’t that sweet?

“The ceremony… involves the burning of an effigy named Dull Care, who symbolizes the burdens and responsibilities these harried Bohemians now wish to shed temporarily. More than 100 Bohemians take part in the ceremony as priests, acolytes, torch bearers, brazier bearers, boatmen, and woodland voices, but despite many flowery speeches, they can’t get the fire started. . . the perplexed Bohemians must turn to the mighty Owl for advice: “O thou, great symbol of all mortal wisdom, Owl of Bohemia, we do beseech thee, grant us thy counsel,” intones the High Priest. An aura of light creates a glow around the Owl’s head, and then the big bird reveals its wisdom. The High Priest must light the pyre with the flame from the Lamp of Fellowship, located conveniently enough on the “Altar of Bohemia” at the base of the Shrine . . .” 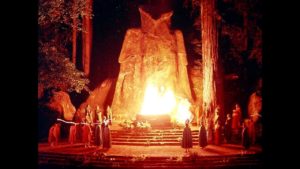 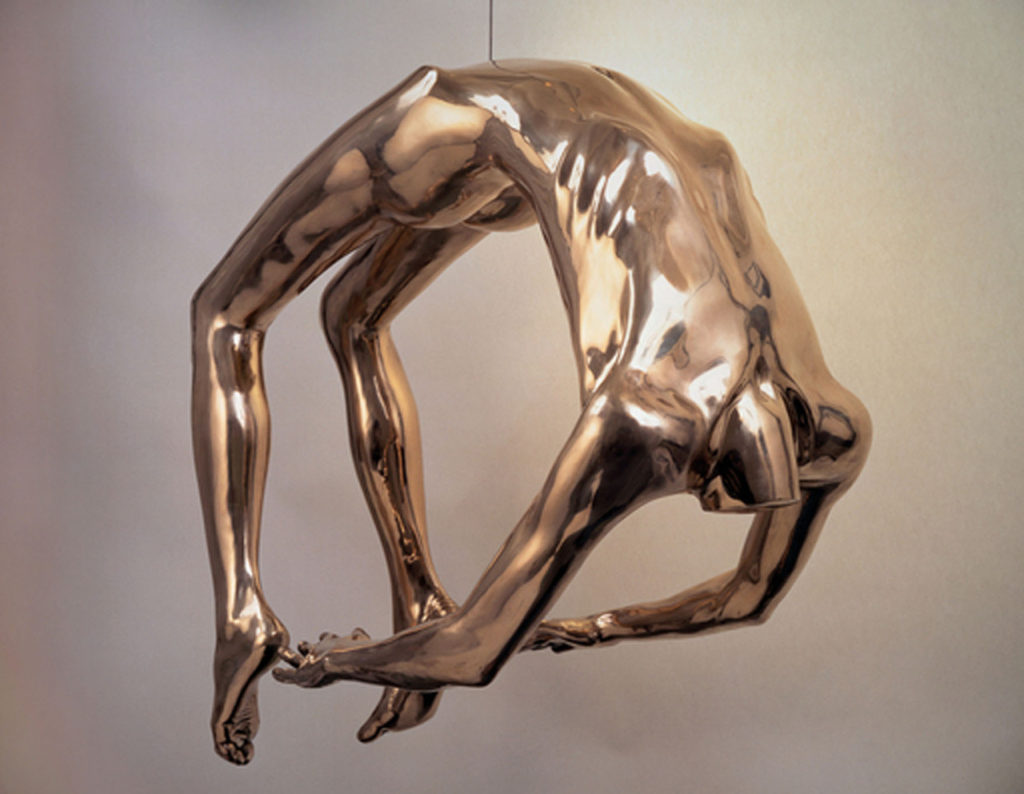 While you clueless Americans debate whether Oprah can beat Trump in 2020, little kids are being abducted by the elite in Washington DC, raped, harvested for adrenochrome at height of terror and then sacrificed to Satan, parted out, and fed to animals.

Satanism and commercial entertainment go hand in hand, according to this expert:

“With Rosemary’s Baby, Polanski had done more than to make Satanism merely “realistic.” Aided by the celebrity of Mia Farrow—ex-Mrs. Sinatra, seeker of enlightenment, and pal of Beatles—he had made the occult fashionable, something to be discussed in the same hip circles that argued over New York
real estate, European cinema, Broadway theater, sexual morality, and maternity advice. The irony was that neither the picture’s lead actress nor its director took the occult as seriously as the millions of moviegoers who responded to it.”

Vicky Cornell got right out in front of her husband’s story, before anyone else. She is a publicity expert, with a ton of high level media contacts in her back pocket. That made it easy for here to control the narrative, understand?

Like Lilith, it is my opinion that Vicky Cornell literally allowed the Hollywood vampires to suck all the blood from her husband’s body before he was dismembered and thrown to the fire in a ritual ceremony that honors Lucifer. 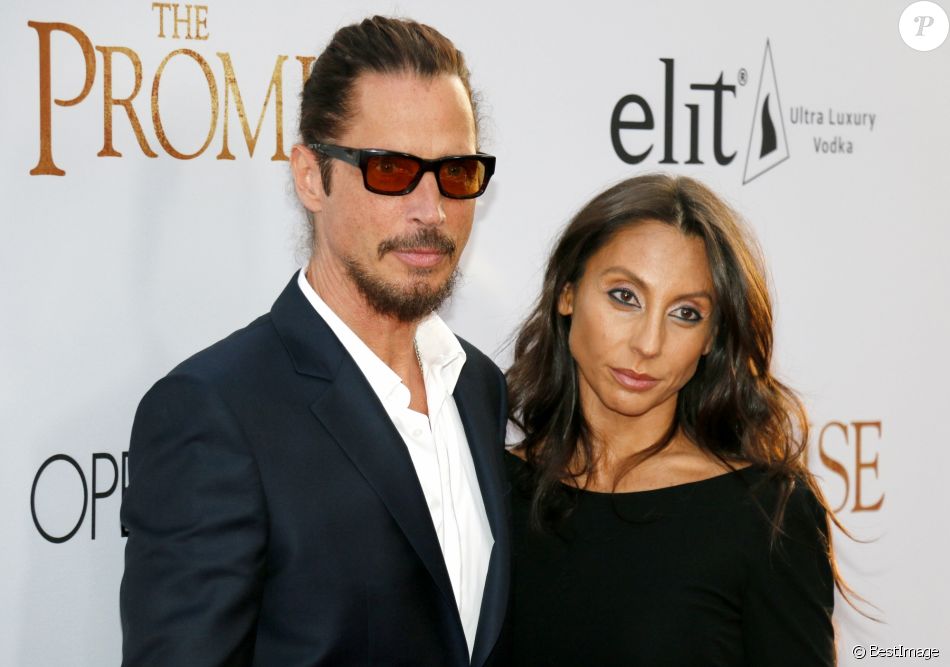 “Lilith is the mythological first wife of Adam. She, like Adam, was created by God “from the dust of the earth. . . in the image of God He created them, male and female He created them” (Gen. 1:27) being the first reference to human life in the Bible. It would seem that Eve came later, fashioned from a rib taken from Adam while he slept : “. . . this is to be called Woman, for this was taken from Man”. (Gen. 2:24) This strange anomaly can only be explained by assuming that there was a female human before Eve. Since only Eve is subsequently present in the Garden of Eden, her predecessor must have departed before Eve’s arrival on the scene. One can only assume that Lilith’s near total absence (aside from oblique references to “screech owls”) from the Judeo/Christian Bible is a matter of prejudice on the part of the male patriarchal authors. Semitic legend describes Lilith as having a “base” nature and a taste for biting Adam and drinking his blood. She had refused to submit to Adam’s authority (and a preference for being “on top”), and in a fit of pique, she uttered the ineffable name of God and flew up into the air, only to be cast down by God into the desert wastes where she took up residence. (The only mention of Lilith by name in the standard Christian Bible is in Isaiah, where a passing reference is made about her living in the desert.) Lilith is described as either a winged serpent or a screech owl (or a anthropomorphic combination thereof) who murders infants (it would appear from the perspective of modern medicine that infants who succumbed to Sudden Infant Death Syndrome would have been thought to have been victims of Lilith), and who torments men at night who sleep alone — the original succubus.” 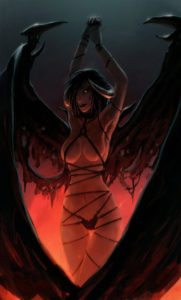 In modern mythology Lilith has become a symbol to feminists as the ‘independent woman’, who simply refuses to submit to the control of men.

“While this is certainly an aspect of her egregore, there is a strong sexual component to Lilith’s nature that must also be recognized. She is more than just an “uppity woman”, she is the power of primal lust in female form. And also, she is Death, and this cannot be ignored when working with her magically.”

SOURCE (The Invocation of Lilith)

Lilith is described as either a winged serpent or a screech owl who murders and eat babies.

Are you starting to connect the dots on how all of these demonic occult organizations are tied together?

In modern Luciferianism, Lilith is considered a consort and/or an aspect of Lucifer and is identified with the figure of Babylon. She is said to come from the mud and dust, and is known as the Queen of the Succubi. When she and Lucifer mate, they form an androgynous being called “Baphomet” or the “Goat of Mendes,” also known in Luciferianism as the ‘God of Witches’.” – SOURCE: The Church of Lucifer.