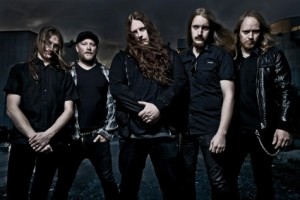 KATATONIA will return with a special triple-LP vinyl release featuring an epic set of classics from the band’s catalogue.

Set for a June 17th, 2013 release on Peaceville Records, “Last Fair Day Gone Night” is presented on triple heavyweight 180gm vinyl in a deluxe box, with a 12 page 12″ book. The set includes a performance of “Last Fair Deal Gone Down” in its entirety.

Katatonia is currently in the midst of a North American tour with Opeth. The extensive run will conquer over 30 cities in the U.S. and Canada this spring. A full list of confirmed dates, including several Katatonia headlining performances, can be seen below. Katatonia is touring in support of its ninth studio album, “Dead End Kings”, which released in August of 2012.