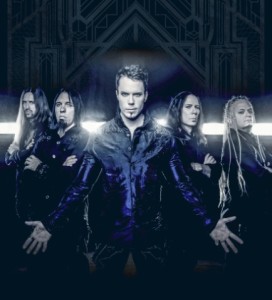 KAMELOT are currently storming North America again alongside special guests Dragonforce, with Kobra And The Lotus vocalist Kobra Paige on board as their backing vocalist. The tour began November 13th in Ft. Lauderdale, FL and wraps up December 12th in Tampa, FL. Fan-filmed video from their November 27th show at the Agora Theater in Cleveland, OH is available HERE.

The setlist on the night was as follows: