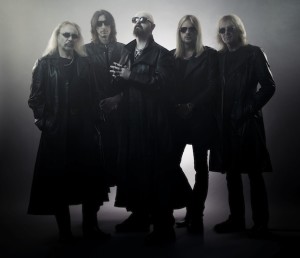 JUDAS PRIEST has premiered a brand new live music video for “Breaking The Law”, taken from the upcoming new live CD/DVD “Battle Cry”. The outing will be out as CD, Blu-Ray/DVD, and was largely filmed/recorded during the band’s August 01, 2015 performance at the annual “Wacken Open Air” festival.

Check out “Breaking The Law” HERE.