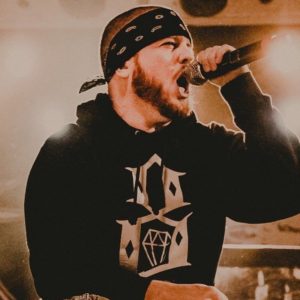 JASTA has unleashed a new music video the track “Chasing Demons,” which in addition to HATEBREED frontman Jamey Jasta, of course, also features Howard Jones (Light The Torch, ex-Killswitch Engage). The clip was directed by Paul McGuire and made its debut online HERE.

“I’m excited to get a new Jasta video out, and honored to have worked with the great Howard Jones,” Jasta told Revolver. “His signature vocals bring this track to the next level, and this song has now become a staple in the Jasta set.”

Born James Shanahan in West Haven, Connecticut, Jamey Jasta is best known as the singer for the hardcore band Hatebreed. Not one to rest on his laurels, the prolific frontman has a number of other side projects, including the punk band Icepick and the sludge metal act Kingdom of Sorrow. In 2011, the gruff vocalist made his solo debut with Jasta, a melodic metalcore album which featured guest appearances from guitarist Zakk Wylde and As I Lay Dying singer Tim Lambesis.

He created the music for “Stat of the Day” for the nationally syndicated radio and TV talk show, The Dan Patrick Show. Jasta appeared on air with Dan Patrick on January 25, 2013.