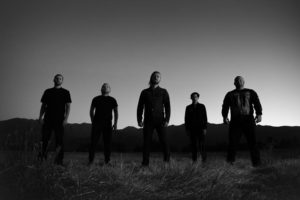 California extreme metal band IMPENDING DOOM has announced a release date for their next studio album, the band’s first since Death Will Reign (2013). Although the new record’s name has yet to be revealed, it is slated to hit streets on June 22 via Entertainment One Music.

Check out the album teaser HERE.

Impending Doom is an American Metal band from Riverside, California. Formed in 2005, jumped right into the touring lifestyle and gained their success very quickly. The band has released 1 e.p. and 5 full length records, selling over 100,000 albums world wide. Their long awaited 6th studio album is due out summer 2018, after nearly 5 years since their previous record “Death Will Reign” was released.