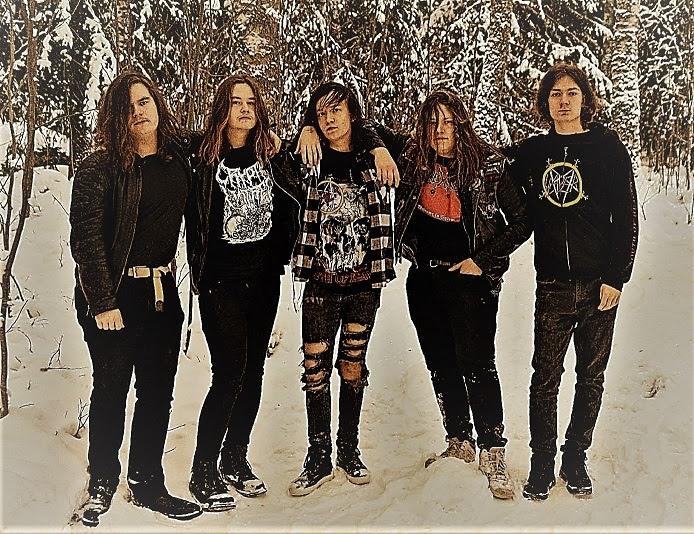 Hailing from the eerie part of Helsinki / Finland, HEXING is glad to announce that they have signed a deal with Wormholedeath for their album “Welcome to Salem” out via Wormholedeath worldwide.

Band statement:
We are super excited to finally be able to release our debut album and to begin working with Wormholedeath records. We have tried to blend the energy and rawness of many old school thrash metal bands such as Exodus, Stone and Megadeth, with influences from various metal subgenres, such as death metal. Many of the songs on this album feature fast riffs, heavy breakdowns and plenty of guitar solos.

Hexing was formed in East Helsinki at the beginning of 2021 under the name Salem by Riku Siisiäinen, Ossi Kylliäinen and Mio Asimont. Ben Kejonen and Daniel Gamache joined shortly after and the band began working on new material right away. The name Salem was later changed to Hexing before the band’s first concert. After playing multiple concerts in the fall Daniel Gamache decided to leave the band before the album was recorded and he was replaced by Tuure Suomalainen, who recorded many of the guitar solos featured on Welcome to Salem. The current line up consist of Riku Siisiäinen, Mio Asimont, Tuure Suomalainen , Ossi Kylliäinen and Ben Kejonen .In spring and summer, Hexing performs in Finland. Sometime later, Hexing also heads to other parts of Europe. Have a nice summer!