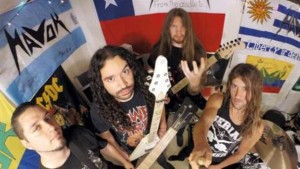 HAVOK has officially announced the band’s Century Media debut album along with a special pre-order opportunity that is 100% focused on the fans. Front man David Sanchez comments:

“For the past months, we’ve sharpened our skills and gone to work – all so we can deliver our best music to you. With the new record in the works, we wanted to make the pre-order experience rad and special for YOU.”

Launched exclusively via PledgeMusic, Havok will give fans ultimate access to behind-the-scenes content including a digital download of the album with every pre-order. Through the crowd funding campaign HERE, fans have a chance to come record vocals with the whole band, get their hands on limited edition signed gear, bar hop, and more with their favorite thrashers in celebration of this forthcoming release.