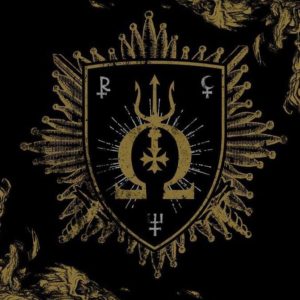 Poland’s HATE has issued a new lyric video for the song “Sea of Rubble.” The cut is taken from their latest opus “Tremendum,” which is available now via Napalm Records.

Check out the clip HERE.

HATE have always been considered as one of the best representatives of so-called “Polish Death Metal Phenomenon” and as such, one of the leviathans of Polish metal scene along with Behemoth and Vader. The band was formed as early as in 1990 in Warsaw, Poland by guitarist and vocalist ATF Sinner. After numerous line-up changes and releasing a few records available solely in their native Poland, HATE signed their first international record deal with an American company World War III in 2000. The label released the group’s early material on two discs titled “Holy Dead Trinity” (2000) and “Cain’s Way (2002). A year later, the band signed a contract with French-based label – Listenable, and released their next, highly acclaimed album “Awakening of the Liar” (2003), which is still considered as one of the Polish death metal masterpieces. In 2004 HATE recorded an official DVD material titled “The Litanies of Satan”. Published by Metal Mind Productions, the DVD won a number of rave reviews in the metal press internationally. In that period the band’s style acquired some new characteristics – industrial and ambient elements appeared in the background of the main riffs. This style was later developed on the album “Anaclasis” (2005), which no longer presented traditional death metal but ingenious combination of death, black and heavy metal with distinct industrial influences.

“Anaclasis” got great reviews in almost every metal magazine across Europe and was highly acclaimed as one of the most innovative albums in the genre. In support of the album, HATE went on their first full-fledged European tour with Carpathian Forest and Keep of Kalessin and appeared on a few important festivals such as Party.San Open Air and Winter Assault. In 2007 the band once again went on a European tour, this time accompanied by their countrymen Decapitated. In January 2008 the next album “Morphosis” was released on Listenable Records. It showed fast development of the band’s style as well as the production part. HATE got offers from numerous festivals, such as Metalcamp, Neurotic Death Fest, Brutal Assault, Screamfest, Summer Breeze O.A., Metal Heads’ Mission and more.