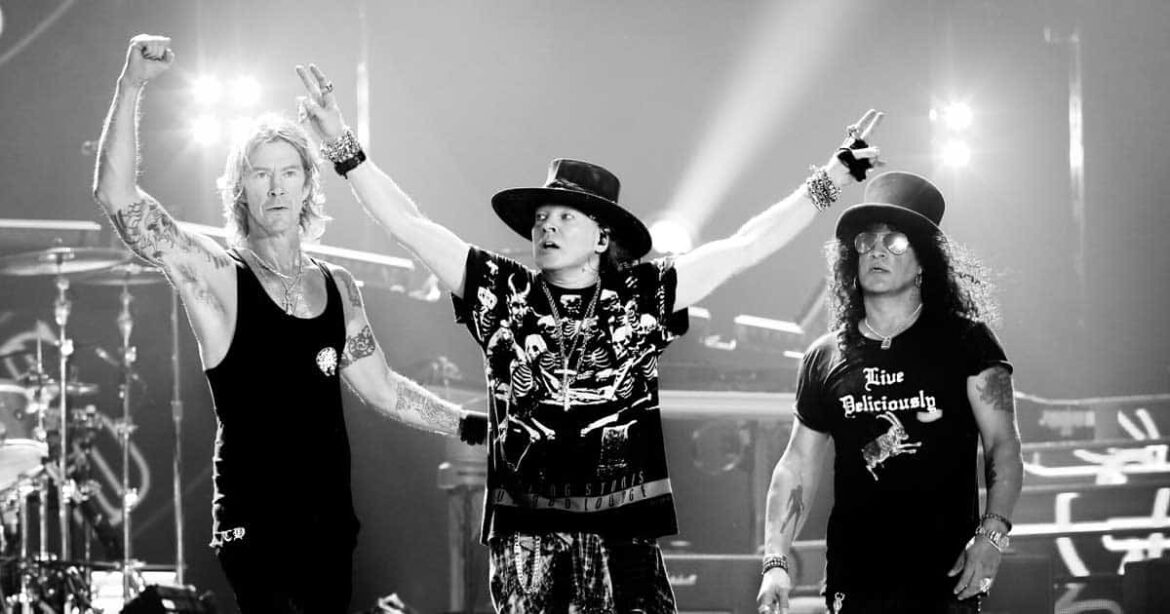 Just as Guns N’ Roses’ show hits the road, “Hard Skool” is both a return to the school of hard knocks and old-school Gunners, reports Billboard.com.

The band made the announcement on Instagram, “Hard Skool is Fn here!! Stream it now.”

Originally bearing the working title ‘Jackie Chan’, ‘Hard Skool’ is a studio recording of a previously unreleased effort from the 2008 ‘Chinese Democracy’ era.

On the latest record, Rose is listed as co-producer alongside ‘Chinese Democracy’ co-producer Caram Costanzo. Seven co-writers worked on the release, just the second since the return of original members Slash and Duff McKagan in 2016 for the group’s long-running ‘Not in This Lifetime’ trek.

The new track coincides with the start of the band’s North America tour starting on Thursday at Schottenstein Center in Columbus. It is their second release in as many months, following the release of ‘Absurd’, also a revamp of an unreleased song from ‘Chinese Democracy’.