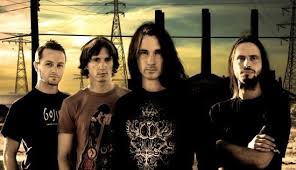 GOJIRA have announced a run of US headliner dates which will see the group joined by Kyng (5/2 – 5/3), followed by dates with Deafheaven and Code Orange (5/16 – 5/18). Tickets for all dates will be available Friday, February 17th at 10 AM, local time. For tickets and more information, head here.

Furthermore, Gojira were recently announced as support for Metallica on a string of North American dates. Gojira are set to join Metallica’s WorldWired Tour along with Avenged Sevenfold on July 29th at Los Angeles, CA’s Rose Bowl and continue on the road with them through August 16th.

This coming spring Gojira are set to embark on a string of US dates with Opeth which will kick-off May 4th at Nashville, Tennessee’s War Memorial Auditorium and will also see Gojira performing festival sets at Monster Energy’s Carolina Rebellion (May 5th) and Rock On The Range (May 19th-21st). The tour will also include a stop at Morrison, Colorado’s legendary Red Rocks Amphitheatre on May 11th.