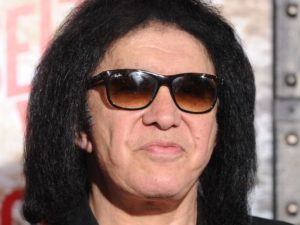 KISS bassist Gene Simmons was recently interviewed by Michael Cavacini and had a lot to say (as usual). Here are a few excerpts from the discussion:

GENE: There’s some writing going on. Not too long ago I wrote a song called “Your Wish Is My Command.” It sounds anthemic, like something that might have come off Love Gun, maybe. But I’m not incentivized. The idea that you work your ass off and then someone with freckles on their face decides they want to download your music and file share – that’s not what I work for. How’d you like to be a plumber, come over somebody’s house and work all day to fix their plumbing and then when it’s time to get paid they say, “No, I just wanted to say thank you.” No.

You do work and you get paid for that work, right?

GENE: Why shouldn’t I?

MC: Right. Makes sense to me. 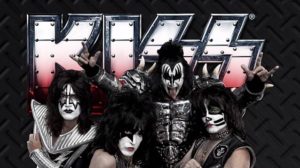 GENE: I’ve heard people say, “Oh, you have enough money.” That’s what I need: an eighteen-year-old kid telling me when enough is enough. It doesn’t affect me at all. And it doesn’t affect the Stones or U2 – a lot of the bands that do well. There’s only a handful, actually. The saddest thing of all is that the next great bands, with the talent and the charisma and all that stuff, will never have the chance that we did – because there’s no music industry. There’s no way for them to pay the rent. They’re going to have to give away their music, practically, for free.

My daughter last year, Sophie, had a huge song that was released on Casablanca: 10 million downloads. Do you know how much she made? 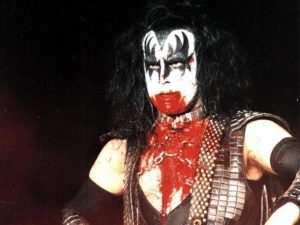 “STOP ILLEGAL DOWNLOADING OR I WILL GO
GOD OF THUNDER UP IN THIS BITCH!”

GENE: It almost makes you say, “You know what, I’ll get a day job.” The saddest part of all is that, it’s not aliens from another planet, it’s not another country that invaded us and did that. No, no, no. Your next-door neighbor, the fans, are killing new music. They’re killing the bands that want to create music for them. That’s who’s killing it. You’re killing it, by not paying for it. Imagine how long a supermarket would stay in business if everybody went in, took the food and went away and didn’t pay for it.

GENE: No, wouldn’t last very long at all.