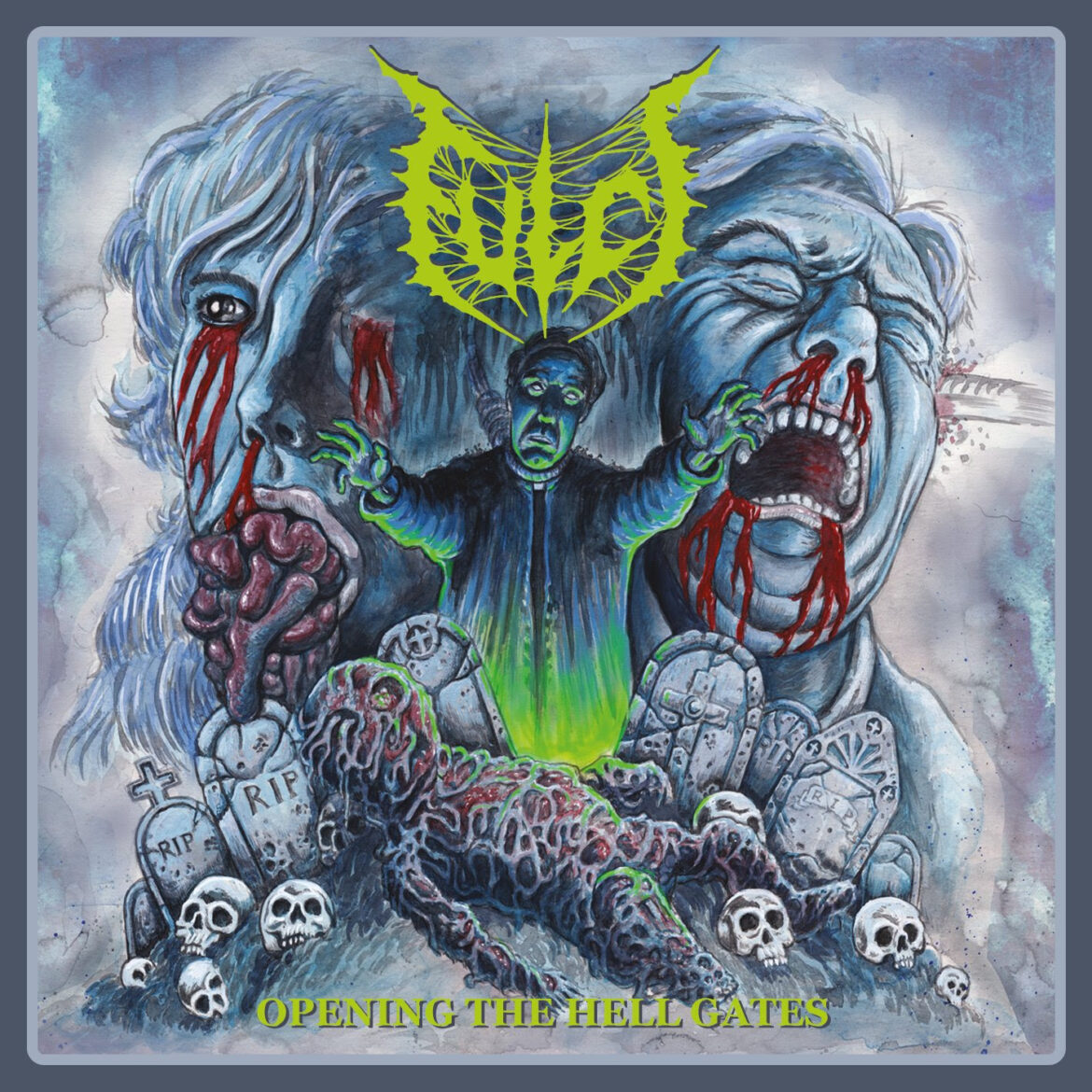 The highly anticipated reissue of the debut album by Italy’s death metal juggernauts FULCI is set to arrive soon. The new remastered edition of  “Opening The Hell Gates” will be released via Time To Kill Records.

Unfortunately the label had to postpone the release of the new LP edition of the album due to a corona case in the vinyl pressing plant. The new release date is May 21st, 2021!

An exclusive cassette edition for North America of  “Opening The Hell Gates” has also been confirmed via Maggot Stomp. Details regarding the above will be announced soon.

To make waiting a bit more pleasant, today FULCI release a lyric video for the song “Among the Walking Dead” at THIS LOCATION!

The first single “Paura” is still available HERE. “Paura” is one of the bonus tracks included in the reissue. This instrumental song was directly inspired by the soundtrack of “City of the Living Dead” / “Paura nella Città dei Morti Viventi”, a 1980 Italian supernatural horror film directed by Lucio Fulci.

“Opening the Hell Gates” offers 12 tracks that masterfully blend the brutality and technical proficiency of Cannibal Corpse, the groove and mosh parts of Devourment and Skinless with melodies and sinister ambiences inspired by the horror films of Lucio Fulci.

Equally brutal and skilful, cinematic and haunting, “Opening the Hell Gates” shows a young band that can surely rival with the very best and most inspired moments of many death metal icons.

“One of the 50 bands from the past 10 years who’ve kept death alive and well”. – Kerrang