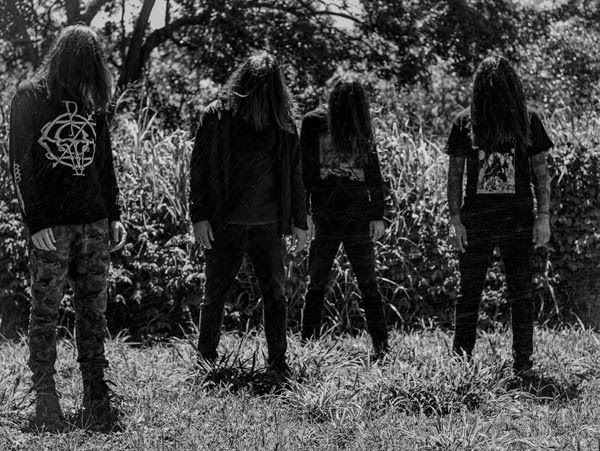 Titled “Weaponisation of the Amygdala: Endless Warfare”, this new track is now playing at Heavy Blog Is Heavy, who commented “The track glides effortlessly between an onslaught of enveloping chord progressions a la Ulcerate and disgusting OSDM grooves, painting Feculent as would-be masters of contemporary death metal.”

Listen to “Weaponisation of the Amygdala: Endless Warfare” here.

If you missed it, the leading single “Host Consumed” is still streaming at this location.

Merging the perverted brutality of death-metal with the moribund stench of doom-metal, like a contagious, flesh-eating disease feeding on dying corpses, “The Grotesque Arena” is perhaps one the most rotten, brutal and the filthiest death-metal releases to come out this year. Pre-orders are now available at this location.