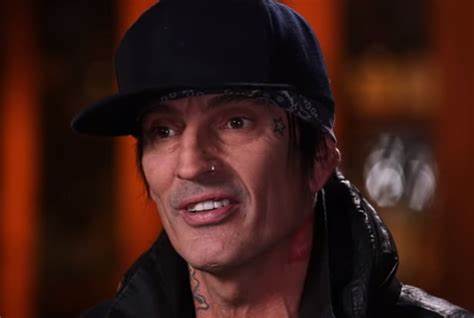 Without a doubt, the biggest story in rock music this year is the Crue’s trainwreck comeback that has snowballed now into a monster of a story that is honestly too farfetched for most to believe. After the first date of The Stadium Tour kicked off on June 16th, drummer Tommy Lee announced to the crowd that he suffered multiple broken ribs due to some “fucking bullshit.”

While his wife is desperately trying to convince everyone that Lee hurt himself falling down some stairs while carrying luggage, TMD has received more information from the original source who gave the news tip about the purported physical altercation between Vince Neil and Tommy Lee. As the story goes, the rockers exchanged some angry words after Vince Neil messed up while singing during their last band rehearsal, highlighted by Lee calling Neil “Vince Meal.” The war of words escalated which next led to a big fight that Nikki Sixx tried to break-up but could not. All of this happened prior to them arriving in Atlanta, Georgia.

Lee is no stranger to being attacked by those closest to him. Fans will recall the shocking June/2018 incident when Tommy Lee was brutally knocked out by his son on Father’s Day. A source close to Tommy Lee told a Hollywood publication that Brandon had knocked his father out so violently that his fiancée Brittany Furlan thought he was dead.”

An eyewitness to the latest attack on Tommy Lee didn’t hold back, bringing the realism of it all into sharp focus as he details what exactly went down between Lee and Vince Neil:

“After Vince tackled Tommy into his drum kit and the cymbals crashed down everywhere, he was on top of Tommy punching him. Tommy had this terrified look on his face. Next thing I know this horrid smell began to permeate the room, and that’s when everyone realized that Tommy actually crapped his shorts.”

“Vince beat him so bad that Tommy s*** himself!”

Word going around is that Neil and Lee have been at each other’s throats for the past few years over a “weight loss” and “rehab” dispute between the two that has never ended. Lee himself got clean and sober and has been pushing for Neil to do the same. This became a very sore subject with Neil over time and finally the singer lost his cool and snapped.