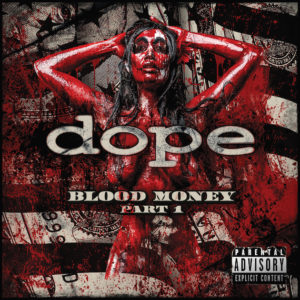 DOPE has released a new music video for the title track off their 6th studio album “Blood Money Part 1.” The album is slated to drop on October 28th via Entertainment One Music. Watch video HERE.

“It’s been a long time coming, and I’m very happy with how the new album came out,” says Edsel Dope. “I’m super excited for fans to hear the entire record and for us to get out there on tour and feed off of each other’s energy.”