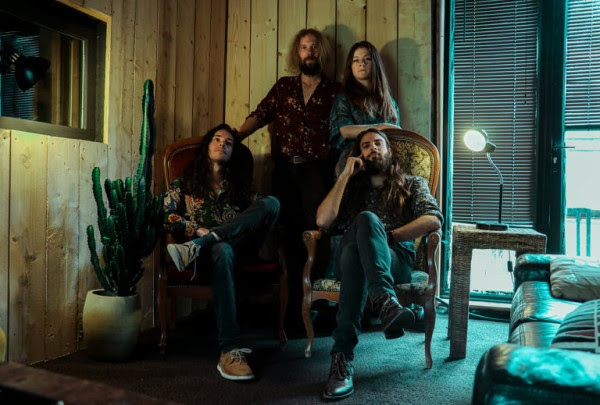 The follow-up to 2019’s “The Freak” album was recorded by Justin Nicquevert at The Blue Anvil Sound and mixed and mastered by Pierre Le Gac and Nicolas Moreau at Le Garage Hermétique, and features six new songs replete with powerful and fuzzy riffs, thunderous and soulful beats, psychedelic melodies and the enchanting vocals of Chloé Panhaleux.

Influenced by 70’s progressive rock and krautrock bands, doom scene and heavy rock from the glory days of the early Sabbath, as well as other modern references based on the diversity between western and traditional eastern sounds, Djiin crafted a sound of their own, a truly captivating and other-worldly musical universe that will impress fans of Kadaver, Blue Pills and Uncle Acid & the Deadbeats. Pre-orders are now available at this location.