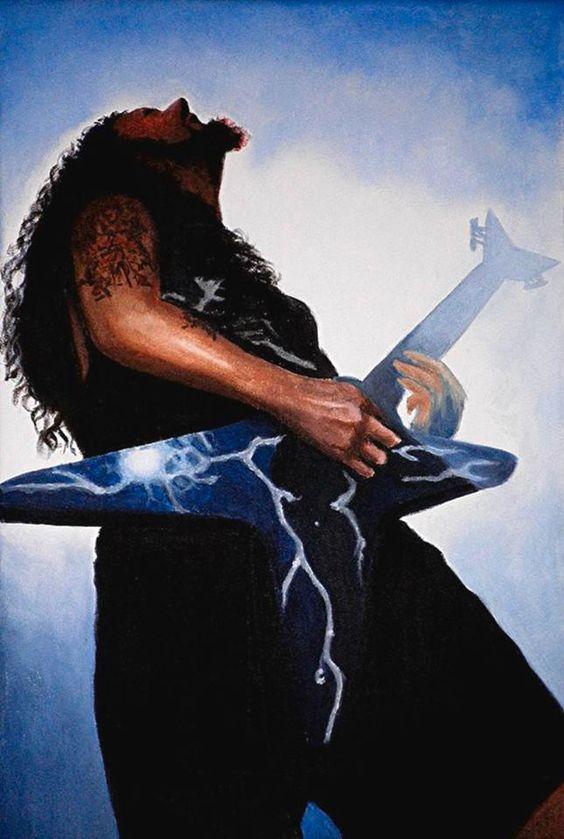 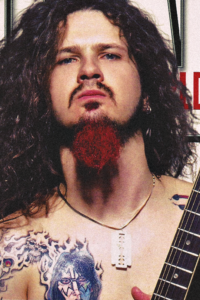 Throughout the first two parts of my highly controversial report, which closely examines the 2004 murder of late PANTERA/DAMAGEPLAN guitarist, Dimebag Darrell Abbott, I have stated to the world my belief that the assassin, Nathan Gale, was used by the United States government to carry out the sick mass murder as a precursor to bigger false flags in the future.

Yes, the truth is the Alrosa Villa rampage goes down as a landmark event in the history of MK Ultra.

If DAMAGEPLAN vocalist, Patrick Lachman, was indeed under CIA mind control too, as I have speculated, it is my belief, that all of the lyrics for the band’s music was a prophecy of the disaster that was to come as told by Satan himself. Yes, that’s right. Satan sent us all a message directly channeled through the CIA controlled Lachman that should send chills down your back it is that eerie.

During my research into the CIA program, I came across this incredible documentary on YouTube that “delves into the CIA’s secret MK Ultra project which experimented with various purported mind control techniques including giving soldiers and others LSD and various other drug concoctions.”

The CIA sought out “powerless” people to be used as MK Ultra robots. Don’t believe me? THIS IS REAL.

This top secret program involved a man named George White who worked for the CIA and was regarded as “legendary”.

The CIA essentially picked losers from society to put into the program, and those people were then developed into spies and mind hijacked assassins.

“I give the CIA full credit for introducing the drug counter culture movement of the sixties.” – Dr. Timothy Leary

Leary continues on the topic of LSD:

“The CIA sponsored hundreds of psychiatrists to experiment with this drug… and others.”

I learned that the CIA developed a ‘Voodoo drug’ which is a chemical extracted from a certain plant’s green bulb and like LSD it is very powerful. It was used on MK Ultra (Monarch) program subjects as a controlling agent.

This documentary film is about this super hallucinogen called The World’s Most Dangerous Drug, The Devil’s Breath, and is also known by the technical term Scopolamine.

Ryan Duffy is the journalist featured in the video who takes a trip to Columbia, in South America, to learn about the drug. It is said that the drug has a potency so high, that it causes its user (or victim) to lose their ability to exercise free will, while at the same time blocking the formation of a memory. So whatever activity its user engages in while under the influence of the drug, they won’t remember when they sober up.

In a nutshell, it turns the mind controlled victim into a killer zombie.

The drug, called scopolamine, also known as ‘The Devil’s Breath,’ is derived from a specific type of tree common in Colombia called the Borrachero tree.

The word “borrachero,” which translates to “get-you-drunk,” apparently grows wild in Bogota, Colombia.
This tree which naturally produces scopolamine has pollen alone is said to conjure up strange dreams.

Once the CIA handler has effectively determined the subject is suffering from dissociative disorder, in which more than one personality exists in the same individual, this allows them to next introduce this drug into their system and literally program commands into the subject… even over the telephone. Certain words will be used as a “trigger” and this will help set them off to kill.

I feel Dime’s tragic shooting was a way to make Americans complacent and put under mind control themselves, so that future propaganda activities carried out by the Illuminati for the New World Order would be accepted and not rejected.

Don’t you see it coming
When you’ve caught on, it’s too late
When it hits, don’t forget who I am
Don’t forget this face 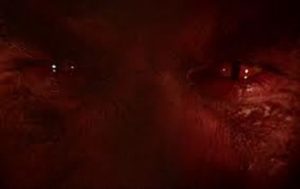 Ted Gunderson, the late former FBI Chief, purported that in the United States there is a secret widespread network of groups who kidnap children and infants, and subject them to Satanic ritual abuse and subsequent human sacrifice.

MK Ultra or Monarch as the CIA program is known today is a subject that Gunderson knew more about than anyone and he was working hard to expose it to the public all the way up to his death. 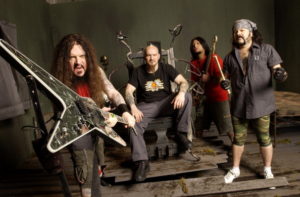 So the CIA pulling off something like plucking a Marine with schizophrenia from duty and placing under the MK Ultra program to brainwash to become a mass killer is not far fetched. The massive gun control propaganda that followed after Dimebag’s murder was immense.

I already established in my first report of the three total I wrote on this subject, that the CIA was tied to the infamous Michael A. Acquino, who was heavily involved in this diabolical program.

A former military man with the NSA, Acquino was known to be a high level priest with the Church of Satan and MK Ultra/Monarch handler for the CIA allegedly responsible for conducting these types of clandestine ‘mind control’ operations against American citizens.

The contemporary term false flag describes covert operations that are designed to deceive in such a way that the operations appear as though they are being carried out by entities, groups, or nations other than those who actually planned and executed them, understand?

According to Night Terrors channel:

“”Lucy in the Sky with Diamonds” is not just a song by John Lennon. It is also the highest reward in “Jewel Programming”. The first reward is Amethyst, for being able to keep a secret.

Beginning in the 1950’s, chosen citizens of the United States have been used as guinea pigs in secret experiments without their knowledge or consent. This was funded by the CIA but the illegal research was conducted by American universities, American pharmaceutical companies and American hospitals. The project was known as MK Ultra and it was terminated in the 1970’s. Or was it?

One of the goals of MK Ultra was mind control. Through a combination of hypnosis and hallucinogenic drugs, along with torture, a human being can be programmed to do anything. When the human subject is activated by pre-hypnotic suggestion, the deeply planted programming takes control and the subject then executes a mission in secret. When the mission is complete he will have no memory of it.

The pre-hypnotic suggestion is also known as a “trigger”. The sleeper agent is activated by his controller, or handler. The handler may use a trigger word or trigger symbol, at which point the unwitting subject becomes a robotic slave, also known as an “alter”, that is, an alter ego. The trigger may be delivered in person, or over the telephone, radio or TV.”

What people need to understand is once you sign your name at the bottom of the military contract when you join the service, you are now basically government property. They can do pretty much whatever the hell they want to you with complete immunity and with an ability to act in a covert manner, they are able to hide anything unethical they do with ‘reject’ soldiers.

“For sexual submission the reward is Ruby. For loyalty the subject is compensated with Emerald. Diamond is the reward for completing one’s first mission successfully.” 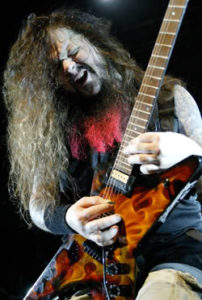 And to make the whole matter even more eerie, the CIA assassinated Dimebag on the same exact date they eliminated John Lennon. You think that was just a coincidence?

As I pointed out in part 2 of this report, Nathan Gale could have killed Dimebag when he charged the stage at a DAMAGEPLAN gig in Cincinnati, Ohio roughly 6 months prior to December 8, 2004. But he did not.

It is my opinion that this was a beta run. The CIA knew they had a lot at stake and needed to make
sure they did not make a mistake with Gale’s programming. The first run was done without a weapon, to make sure he could simply get to the concert location under Monarch control.

The success of him causing a big disruption next pushed their plan into high gear. They knew that with more work Gale would be able to pull it off. He just needed more intense programming and drugs.

Think about it. Nobody in the media ever published Gale’s tox report, right? It was never made public.

So how do we know if he did or did not have a cocktail of CIA drugs in his system at the time of the rampage?

What if nothing was wrong with Gale mentally, at least not something as severe as being a full blown schizo? Because once the Marines put that sort of label on him it allowed the government to easily enter the unsuspecting soldier into the Monarch mind control program, although they probably lied to him and told him he was doing something else that made it sound like he would be 007.

It seems like if Gale really had a mental issue he would not have made it halfway through his 4 years of military experience. I served time in the Marines myself. So I speak from first hand knowledge of how that sort of thing works. Dudes with serious mental problems get weeded out really fast. Mostly in boot camp I saw the crazy ones get kicked out. Wouldn’t Gale have been thrown out sooner? I believe that he might have shown some signs of being mentally unfit, sure, but I feel they took Gale to the next level of crazy. They made him sick by design. 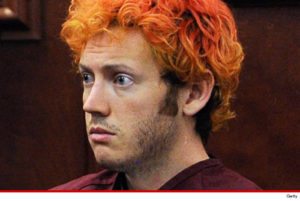 The fact is the US government has been involved in many massive “False Flag” operations that were made to look like mass shootings in the past decade, including the Aurora movie theater massacre in Colorado carried out by James Holmes in the year 2012, who was also near the same age as the 25 year old Gale.

At the time of his shooting spree Holmes was 24.

Many felt Holmes was a genius. He was supposedly onto something big in the scientific world that the US government did not want getting out to the public, so they staged the “False Flag” and used him as the patsy. Like Gale, he was essentially ‘Chemically lobotomized’ and put under intense CIA programming to turn him into a zombie maniac. They used Holmes for the gun control agenda, just like Gale, got it? It’s pretty obvious.

Therefore, it is my opinion that the CIA staged Dimebag’s murder. I am 100% convinced the US government is responsible for killing one of the greatest shredders of all time.

THE SATURN DEATH CULT: HOW IT KILLED BRANDON LEE