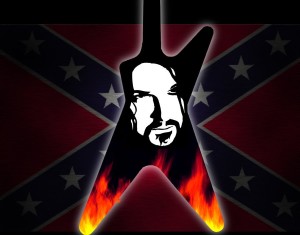 “Whiskey Road”, a never-before-heard song that features late PANTERA guitarist “Dimebag” Darrell Abbott on vocals and all the instruments, can be streamed HERE.

Dimebag was shot to death along with three others during a DAMAGEPLAN performance at the Alrosa Villa nightclub in Columbus, Ohio in December 2004.

Dimebag was posthumously inducted into the Hollywood RockWalk in May 2007 in a ceremony attended by Vinnie Paul, their father Jerry Abbott and Dimebag’s longtime girlfriend, Rita Haney, along with members of ALICE IN CHAINS, ANTHRAX, KISS, SLAYER and Ozzy Osbourne’s band.