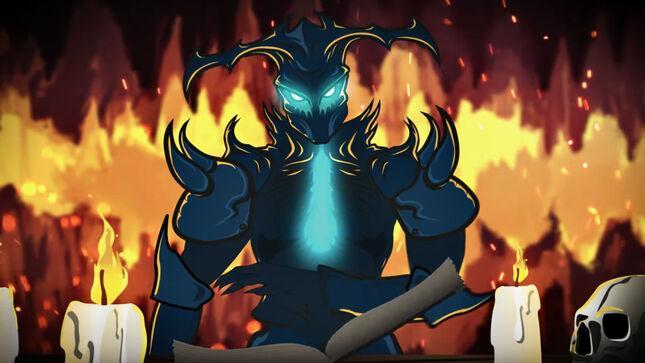 British heavy metal icons, DIAMOND HEAD, have unveiled a video for the single, “Sweet And Innocent” (Lost Original Mix), taken from the upcoming release, Lightning To The Nations (The White Album) [Remastered 2021], set for release via Silver Lining Music on September 30.

The video is a historical and fascinating watch, incorporating photos, videos, and magnificent material-gems from the vaults of co-founding member Brian Tatler himself. “I think it’s great for the fans to see the old photos and videos from the early Eighties.” comments Tatler. “According to my notes, Sweet and Innocent was written on the 18th of June 1978 and was first released on the Lightning To The Nations album in June 1980. It never had a video back in the day, so it’s great to have this now.”

Few could have predicted the importance that Diamond Head’s debut album, Lightning To The Nations would have on the heavy metal genre. “We had an undeniably unique sound,” reflects Tatler “four young lads each with an element that, when combined, produced an alloy that was our own heavy metal sound.”

“Sweet and Innocent” (Lost Original Mix) is the second single taken from Lightning To The Nations (The White Album) [Remastered 2021], the ultimate version of this ultimate album. The release features not only the original album from ¼ inch master tapes which Lars Ulrich helped Brian Tatler retrieve back in 1990, but also alternative mixes of classic cuts “Lightning To The Nations”, “The Prince”, “Sucking My Love”, “Am I Evil?” and “Sweet And Innocent” never publicly released (or heard) before. There is also brand-new cover artwork based on an idea Brian Tatler had, to show a character referred to as ‘The Lightning God’.

The original tapes were first quite literally baked (a process which allows degraded tape to be returned to playable quality), then restored and digitized before Diamond Head frontman Rasmus ‘Ras’ Bom Andersen remastered the tracks, ending up with a pristine edition of the original recordings and the recently discovered alternative mixes.  Pure treasure for all fans of both Diamond Head and the New Wave of British Heavy Metal, the restored masters are supplemented by a set of bonus tracks originally recorded in 1980s. Rounding-out this ultimate edition are a set of deep and detailed notes on both the era and each song by Brian Tatler.

“‘Sweet And Innocent’ has a shuffle groove and was our attempt at a hit single.”’ says Tatler in his notes. “It was under four-minutes long and had a big chorus. We re-recorded it about six-months later for a 7” single for Pete Winkelman’s newly formed label Media Records but it was nothing like a hit!”