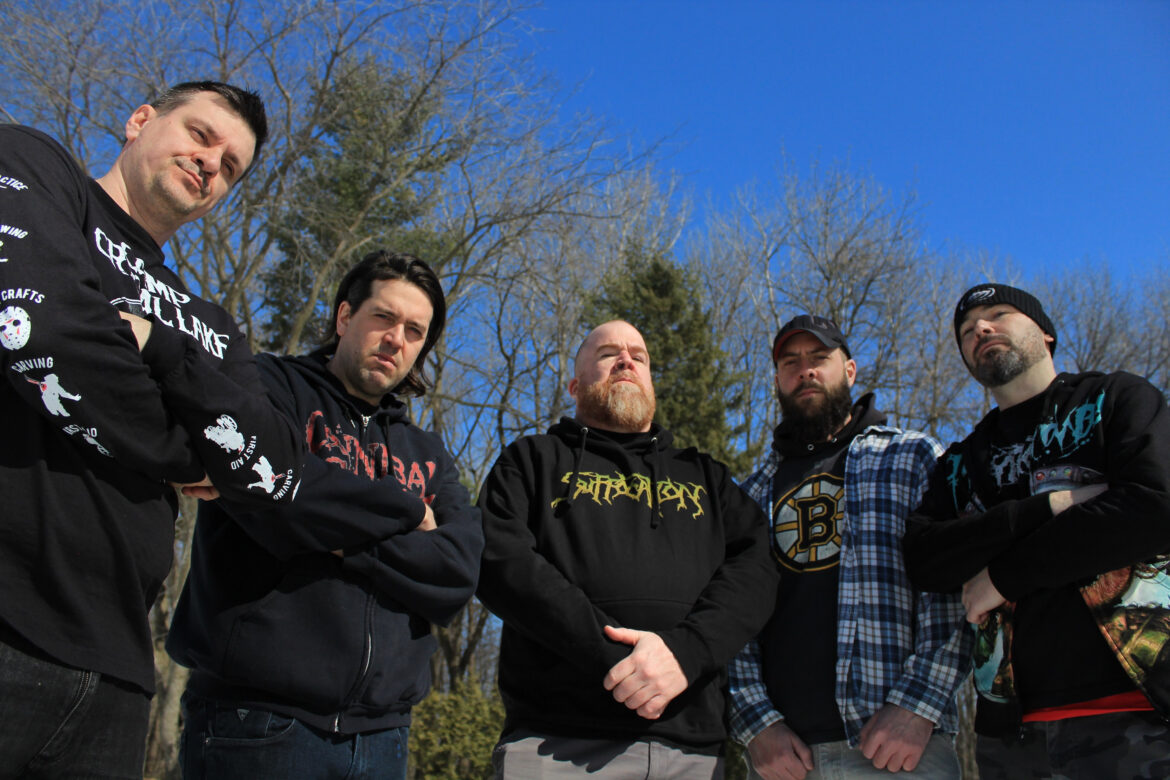 Quebec City’s DECEREBRATION has been offering up brutally slamming thrashy death metal since first forming in 1993. The band made their recording debut with the 1994 cassette LP “Pure Hatred”, which was soon followed by the 1995 EP “My Inner Impurity” and three years later with 1998’s self-titled full-length. During their 1990s assault on the Quebec death metal scene, they shared the stage with Dying Fetus, Cannibal Corpse, Suffocation, Cynic, Incantation, Malevolent Creation, Kataklysm among many more.

Now after a twenty-year hiatus, Decerebration returns with a new tyranny to punish the eardrums of death metal fans. Entitled “Follow The Scars”, the new album is seven tracks (plus an intro and outro) of ferocious riffs, melodic guitar harmonies, and beastly growls.

“We added clean, catchy choruses and vocals harmonies. We think it will be well received by metal fans, but we know that some purists won’t like the clean vocals. It is what it is. We love playing these songs and hopefully, fans will enjoy.” adds the band.

“Follow The Scars” is meant to show fans that Decerebration is back and that they have taken their sound to the next level. Fans can experience the band’s old school death metal roots and at the same time listen to their evolution as musicians and as a band, which can be heard on the record’s lead single “Infamous Duality”.

“‘Infamous Duality’ is the first song we wrote when we decided to write new music for this album. It is a tribute to our old-school death metal roots. We wanted our first song to sound as if we never stopped writing death metal songs, pick up where we left off. It has heaviness, melody and fast blast beats. All of which represent Decerebration very well. It is a very personal song as it was written during a difficult time for some of us. It is about having to choose between a comfortable, but unhappy life or making a very hard decision to leave it all.”

Listen to “Infamous Duality” at https://youtu.be/zRO_ybQXI2A

Decerebration is also looking forward to getting back to the stage, “Our greatest strength is our live performances, always has been. Our goal is to tear down the venues we play at. Subject the crowd to a relentless onslaught of death metal songs. We deliver fierce energy to the crowd and they give it back to us. Nothing like a circle pit, a mosh pit, seeing people jump up and down in front of you or stage diving.”

Album pre-order is available at https://decerebration.bandcamp.com/album/follow-the-scars