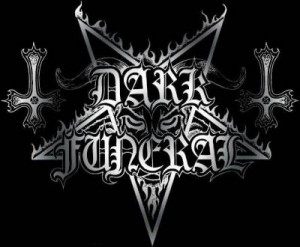 Swedish black metal legends Dark Funeral and Century Media Records are proud to announce the signing of a worldwide deal for the next three albums.

Guitarist and founding member Lord Ahriman comments: “Our bad luck with labels in the past has for sure been very frustrating. So it is with great pleasure to finally be able to turn the page, move on and start a new dark chapter in the Dark Funeral saga, as we join the great Century Media family. Century Media has more than enough proven to be a stable and highly professional label. And we are totally looking forward to this new cooperation, which I’m sure will prove to be very satisfying and successful for both parts. Hail the goat!”

Jens Prueter, Head Of A&R at Century Media Records Europe, comments: “I always respected Dark Funeral for their endurance and integrity. They’ve gone through some hard times, but never gave up and also never gave in to compromise on their musical and aesthetic vision. Almost 20 years after their formation it’s still the same powerhouse of unmerciful black metal and the new line-up is stronger and more focused than in the past. Thanks to Lord Ahriman and the whole band! Looking forward to their 20th anniversary in 2013 with a new album In The Sign Of The Horns!”

Founded back in 1993 in the depths of Sweden by Lord Ahriman and Blackmoon, Dark Funeral has proven to be one of the leaders of the second wave of black metal among other legends such as Marduk and Darkthrone. While other black metal bands lost themselves through the late 90’s / early 2000’s, Dark Funeral managed to remain faithful to their roots, be it musically, aesthetically and lyrically. After 5 albums, hundreds of live rituals, the band leaded by Lord Ahriman and now featuring Nachtgarm on vocals is ready to embark on a new satanic crusade with Century Media Records.