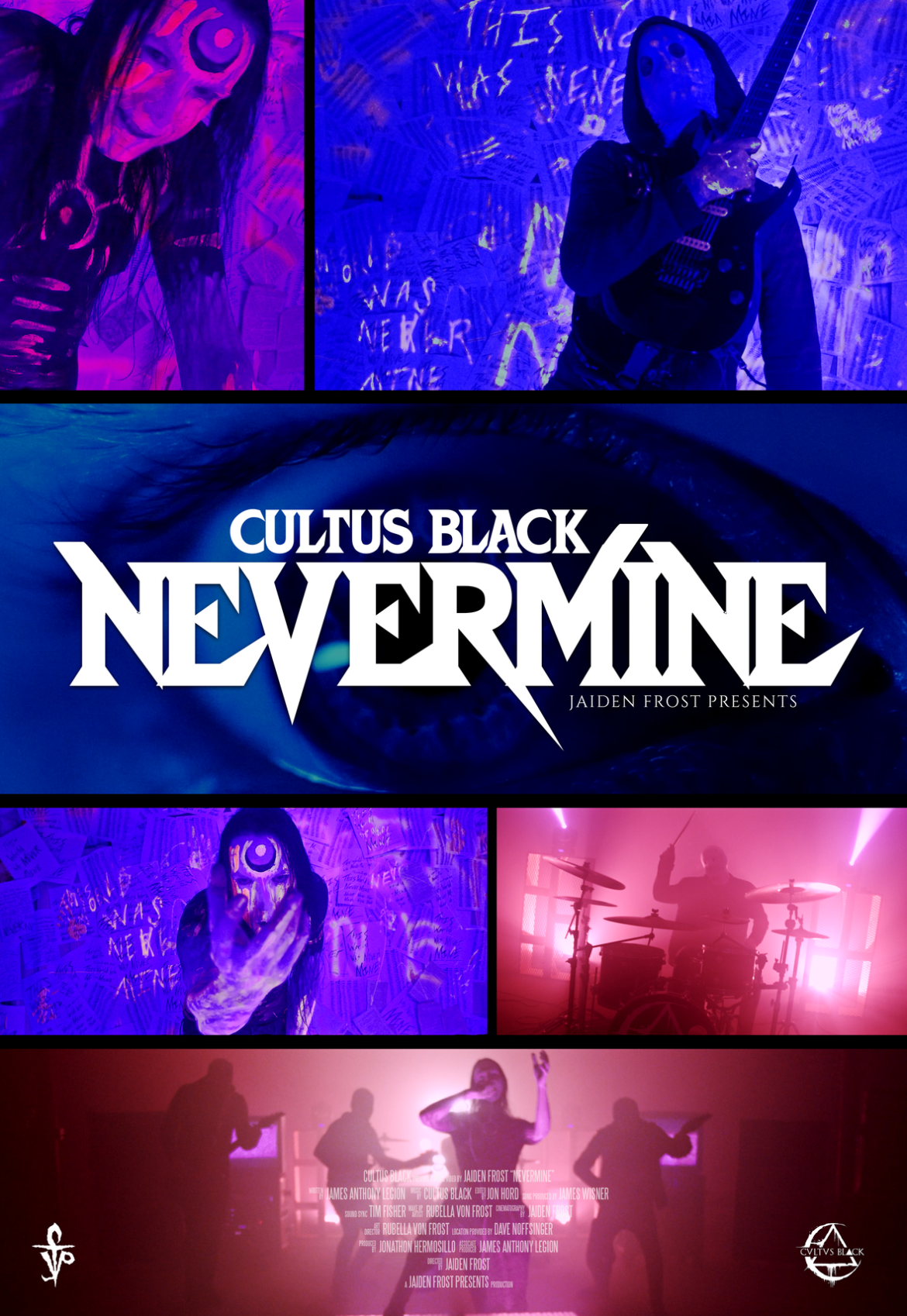 Masked Metal band, CULTUS BLACK, released their most ambitious single “Nevermine” on all platforms! Cultus Black is a mysterious metal band featuring members of other well known acts in the national metal scene. This particular outing was co-produced by James Paul Wisner and Sahaj Ticotin. James is a multiple time Gold record producer and Sahaj is known for his work with his band Ra as well as his work with many great bands such as A killers Confession. Check out “Nevermine” at the links below!

Cultus Black have been added to the already stacked lineup for the Rise of the Machine North American Tour in 2022! Cultus Black will be joining metal mainstays STATIC-X, FEAR FACTORY, DOPE, TWIZTID & MUSHROOMHEAD on the tour!

This tour will continue the band’s memorial tribute to Wayne Static and celebrate the 20th Anniversary release of Static-X’s sophomore album Machine.

Cultus Black is an aggressive hard-hitting band that identifies itself as a cult. Their music is unapologetic and intense, yet it is often marked with mesmerizing melodies that could draw in even the most cynical listener. Cultus Black is also identified by their strange appearance. The frontman who simply calls himself “L” stalks stages in ritualistic body paint as other cult members surround him in masks meant to signify their cult status.