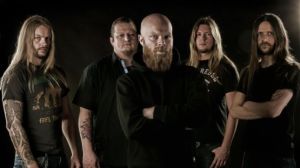 Dutch melodic death metal band CROCELL has signed a deal with Deepsend Records for the release of their next album. The album will be entitled Prophet’s Breath.

Deepsend have also released albums with quite a few other Danish bands such as Death Comes Pale, Deus Otiosus, The Cleansing, and Dawn Of Demise, and this new collaboration underlines the fact that Denmark is a great place for solid death metal. No exact release date is set, but Prophet’s Breath is scheduled for a spring release.